There's not much been happening in the garden this week. It's turned milder (relative to the big freeze last week) but still chilly in the wind and rain but I still didn't get the chance to get out there until the weekend as it's been too wet. 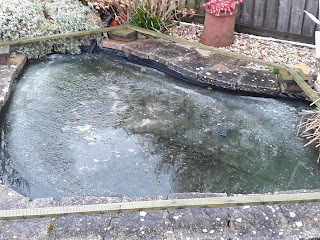 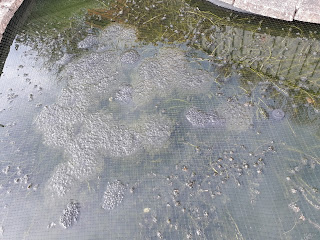 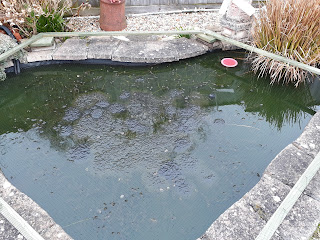 The pipe connecting the greenhouse to the water butt was hanging off yesterday morning. All I can think of is the squirrel used it as a springboard onto the fence and pulled it out of its connection - it's all fixed now. 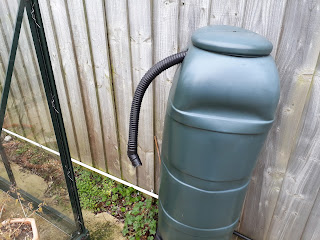 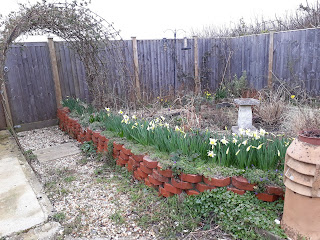 as did the aubretia 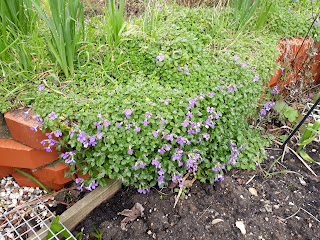 And the rosemary, lavender and curry plant haven't suffered at all in the big freeze 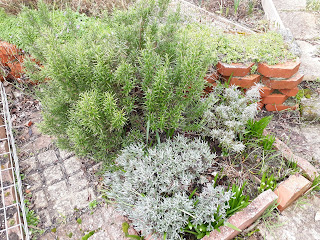 In the greenhouse the sweet peas sown last October are raring to go, I've already pruned them back twice 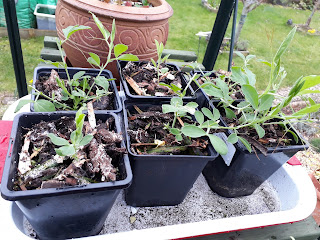 And indoors the coriander and parsley are coming along nicely 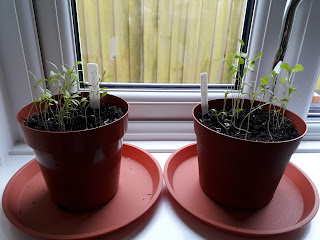 Not so successful have been the chilli and pepper seeds sown in the propagator a few weeks ago so I think I'll have to cut my losses with them. I prepared a container of seed compost and vermiculite 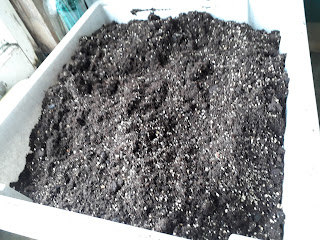 and sowed in pots this time more peppers 'King of the North' sweet and Razzamatazz chillies. I also sowed mixed lettuce leaves, rocket, beetroot 'Boltardy' - these can go straight into the ground but I've not prepared it yet, spinach 'perpetual', Kale 'nero do Toscana', cress and dill. I also sowed sunflowers 'velvet queen' which, if they take, will look amazing. 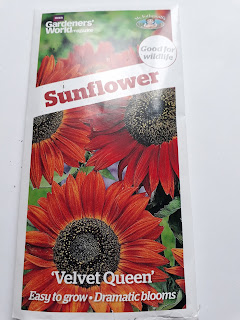 The birds have been feeding frantically all week and I've kept the bird table and seed feeders topped up. And this afternoon (which was unusual as we normally get a visit in the mornings) the heron landed on the back fence to survey next door's pond. Apologies, not a good pic. 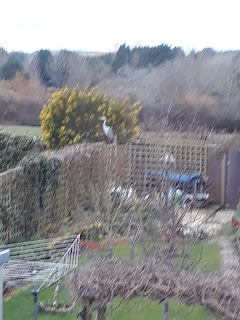 I turned my back for five minutes and it had changed it's mind and was surveying ours! 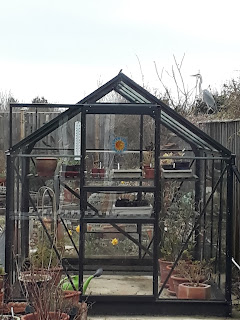 As I keep saying, it's a magnificent bird and I feel privileged to have it in the garden...but...so glad we have netting over the pond.

Well that's it for this week. We're in for a sunshine and showers week with the temperature staying mild but there is a threat of colder weather coming in for the weekend. Have a good week and stay warm.