It's been an interesting couple of weeks in the garden. The temperature has been unseasonably warm and we had the highest recorded temperature for February in the UK. Here in Dorset it has been mild and on the morning of 26th Feb this was the temperature in the greenhouse with the windows open 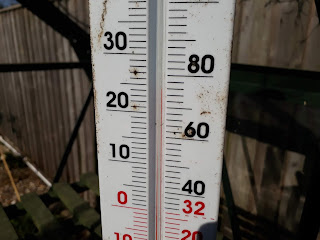 The seeds sown have started to appear - these are tomatoes, leeks and lemongrass 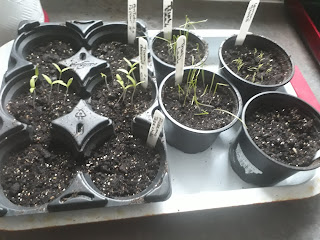 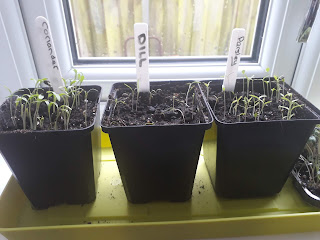 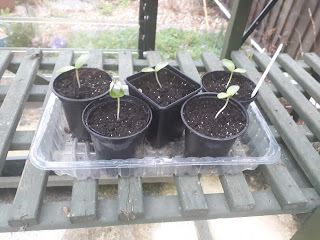 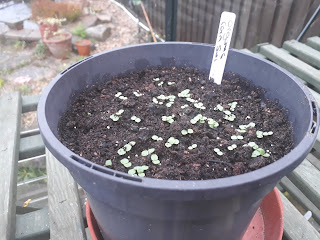 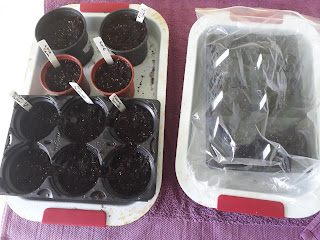 You remember the incident with the rat and the bird feeder? Well, we had a think as to how we could to stop it happening again as we didn't want to pay a fortune for a purpose-built squirrel deterrent and we came up with this 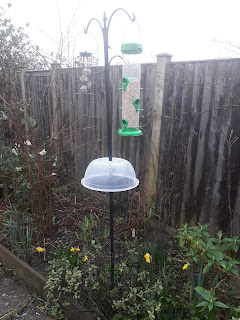 it's a large plastic mixing bowl! So far it seems to have worked. The birds, however, have not been happy with their new slimline feeder and boycotted it for a few days, then they started to fly near it but didn't land on the perches but now they've got the hang of it and all is well again. The blue tits have been in and out of the nesting box all week.

The garden is gradually bursting into more colour. Daffs and aubretia bordering the cottage garden 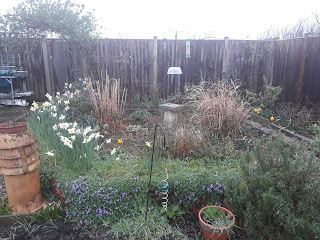 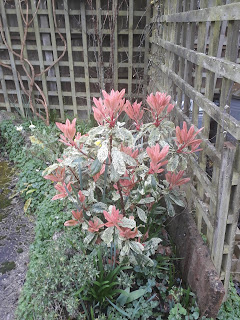 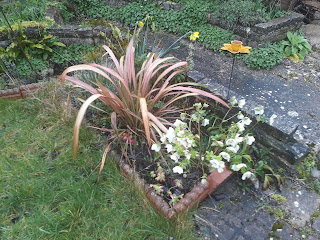 I think these are hyacinths and, if they are, I have no idea how them come to be growing in the garden because I didn't plant them 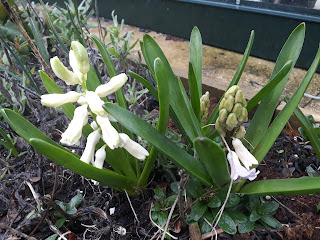 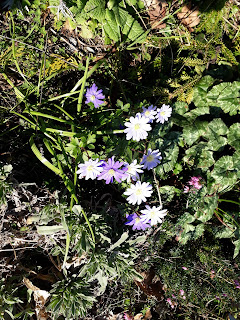 And indoors I think my orchid could finally be flowering. If so, this will be the first time in over five years! 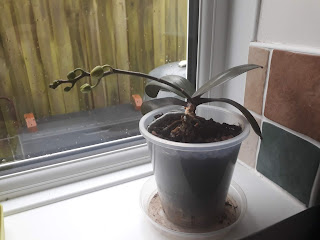 Oh, nearly forgot. Whilst I was sorting out the pots to sow the seeds I came across a couple of wasps hibernating in the bottom of them. Now wasps aren't my favourite insects but they actually looked cute as they semi-woke and stretched...I put them in another pot and covered them up.

That's about it for this week. Just waiting to see if storm Freya arrives as forecast. I've made sure everything is battened down in case she does batter us.