Well, this was a ground-breaking week both metaphorically and literally. Him indoors has been in charge whilst I was away (I arrived back yesterday in the middle of a thunderstorm that hadn't been forecast) and he's done a great job of tidying up the garden which had become overgrown in places. And...he remembered to take before and after pics. 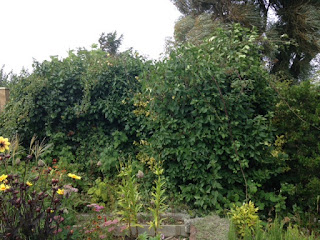 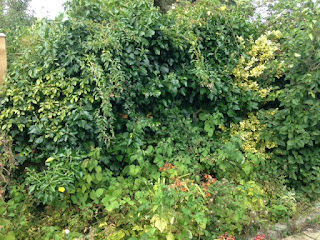 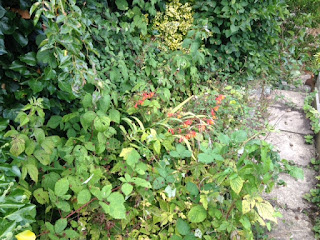 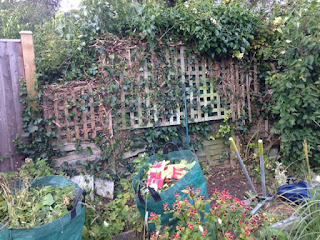 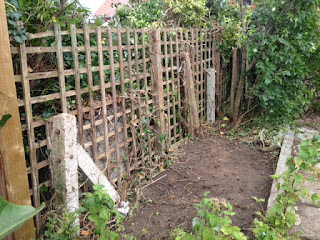 He cleared everything over a couple of days and now with the new fence up it's looking good. ﻿ 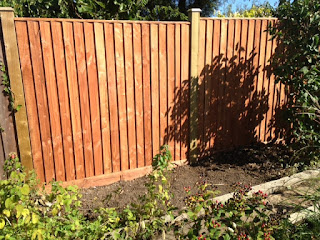 I'm going to sow green manure over the winter to enrich the soil then we'll plant butterfly and bee friendly shrubs including buddleia which is a favourite of his. 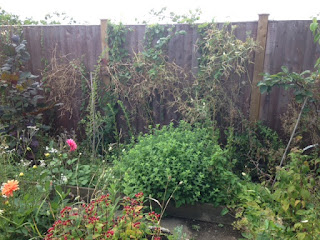 It's looking much better now 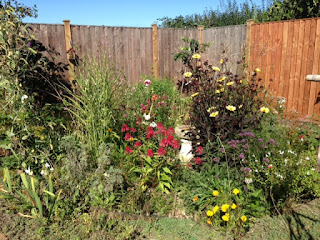 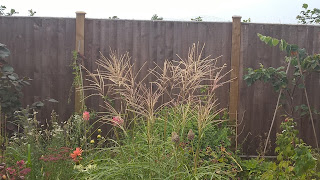 (beautiful miscanthus in the foreground)

Next on the agenda was clear the weeds and grass that's been growing vigorously in the paving cracks near the vegetable beds. He transformed it from this 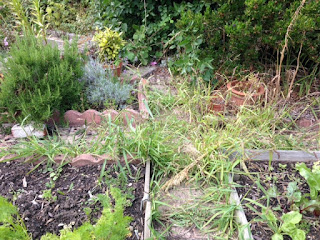 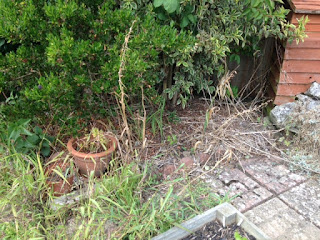 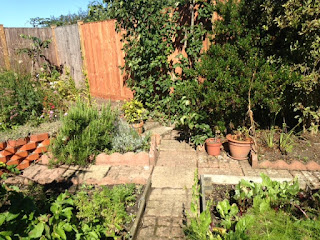 And, with that done he then started on the patio weeds 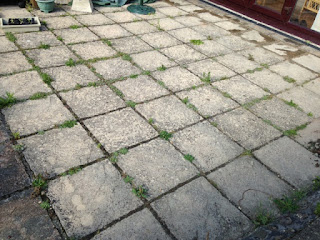 He scraped out all the weeds and crumbling mortar and refilled it...brilliant job 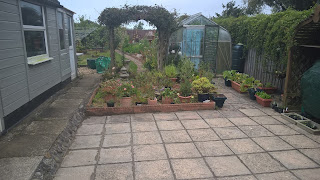 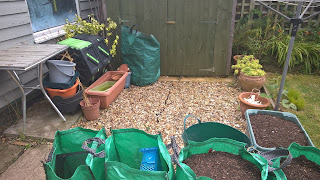 And...talking of the pottering shed, whilst I was away last week him indoors has arranged to have the roof replaced...exciting!

In between all this he fed the greenhouse plants, watered the veg (apparently every time he watered the garden it then rained!), watered the pots regularly, picked runner beans, cucumbers and tomatoes, froze the plums as they ripened and had the first of the pears. The runner beans, a cucumber and some of the tomatoes went next door to the neighbours and he froze the rest of the tomatoes for making soups and sauces. So the running total so far is: runner beans 1.75lb, cucumbers 19 and tomatoes 7.5lb - not bad and there's still plenty more to come. One thing he missed was the gherkins... 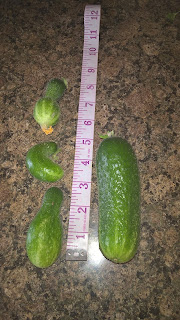 I think the big one will be in a jar of its own!

The swede and turnip seedlings are coming on, I'll pot them on next week. 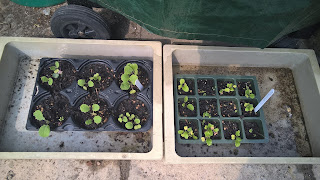 The cucumbers are still growing well 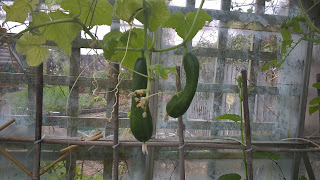 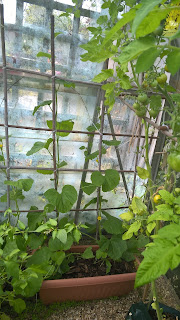 I watched two week's worth of Gardeners' World this morning. Last week's jobs were don't cut back lilies, let them die back naturally (doing that), keep picking runner beans (doing that) and sow herbaceous perennials and store (need to do that). This week's jobs are remove fennel if it's gone to seed (need to do that), cut away old foliage from strawberries (need to do that as well) and pot on any cuttings (and also need to do that - next week). The onions have now finished drying in the greenhouse and are hanging up in the (still tidy) pottering shed - there's not as many as last year unfortunately. 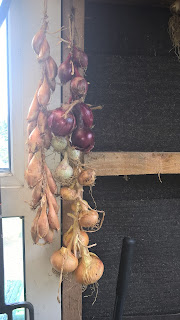 In the little flower bed under the cherry tree was this half eaten pear - it appears him indoors isn't the only one to like them...a hungry squirrel maybe? 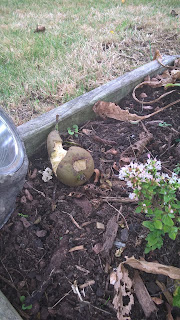 The autumn raspberries are appearing 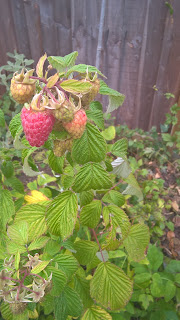 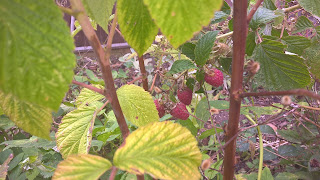 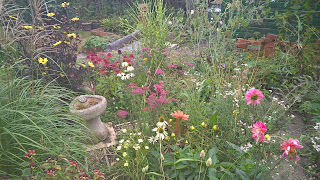 As you can see, him indoors did a great job - he's now gone back to work for a rest! I watched Countryfile this evening and it looks like we're in for a dry and balmy week here in Dorset so I'll be out in the garden as much as possible. Hope you have good gardening weather and catch up next Sunday.
Regards,
DD
Follow me on Twitter @DaisyDigga﻿
Posted by Daisy Digga at 20:21