It's been a sunny and, at times, a very warm week culminating in a thunder storm and heavy rain. The garden is growing quicker than I can keep up with it...it's a full time job!

Monday - a warm and sunny day and the garden was alive with butterflies, blackbirds and sparrows and the blue tits made a return visit but not for long. I fed the onions and garlic with liquid seaweed 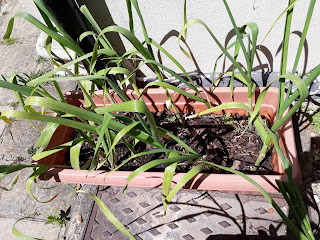 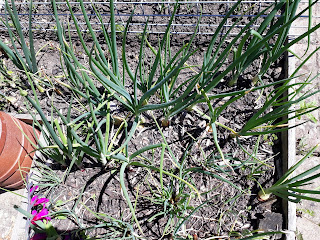 and earthed up the King Edward spuds.

A plant I'd sown from a seed head a couple of years ago is now growing and in flower, I've no idea what it is though 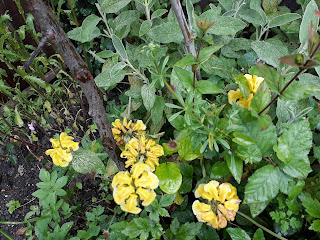 Tuesday - cloudy and humid most of the day. I didn't have much chance to garden today but I did feed the fish five times as they were hungry, waiting just below the surface to pounce. The blue tits were around again, popping into the nesting box a couple of times.

Wednesday - another cloudy and warm day. I checked the greenhouse and another lemon seedling has appeared! I pricked out the side shoots on the tomatoes, planted out more parsnips, potted on a French bean that I'd forgotten about and fed the runner beans and peas with liquid seaweed.

Thursday - hot, sunny with a strong breeze which was most welcome. I fed the fish a few times...I think maybe the frogs have slipped away at night because there's still no sign of them. The first plums are forming 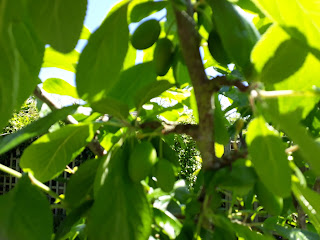 but only a few. I planted out more peas and sowed the next batch.

Friday - amazing sunrise at 5am and a cloudless, sunny day. A robin was hopping around the garden when I fed the fish early...they must have still been asleep as they took a while to surface. We have a new addition to the garden 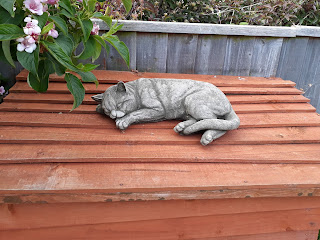 I haven't got a name for him yet.

I weeded one of the top beds, moved a small shrub as it was being crowded and planted a rudbeckia and echinacea which will fight their corner. Him indoors mowed the lawn, 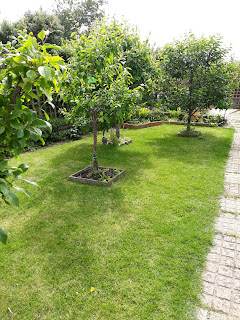 secured the portable greenhouse so it doesn't blow over again then went out to get some BBQ provisions which were very tasty with a glass of chardonnay. It was a lovely sitting in the garden this evening.

Saturday - misty and cloudy to start. We had a thunderstorm overnight and there's more forecast for the rest of the weekend, apparently. Today was spent weeding and tidying, it's looking good 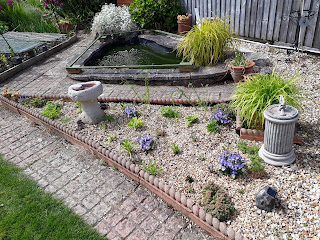 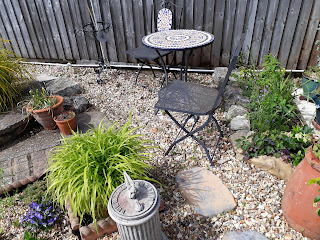 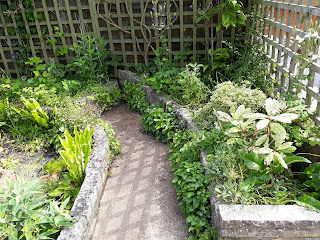 This is where the Spanish bluebells were, hopefully they won't be growing again 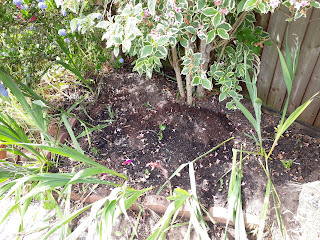 ﻿
Him indoors also tidied up the honeysuckle that was sprawling everywhere 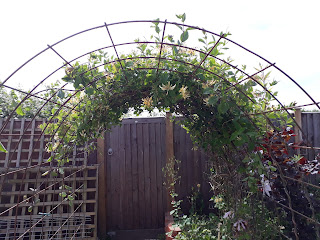 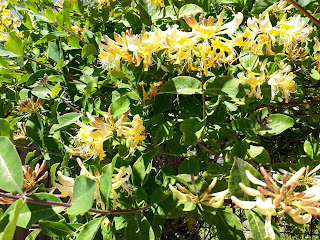 I re-potted the aloe vera and samphire 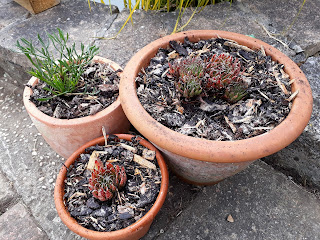 and sorted out the pottering shed - it's never been this tidy during the growing season, even I'm impressed! 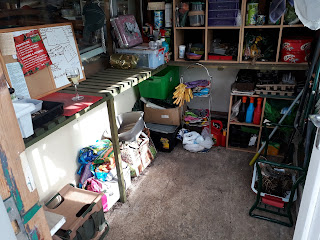 Sunday - the day started sunny but fresher then the rain came in the afternoon. We went to the garden centre this morning and bought some plants (no surprise there) 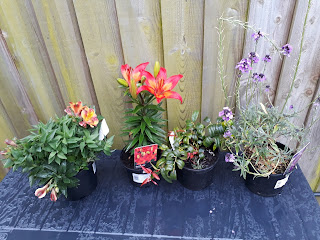 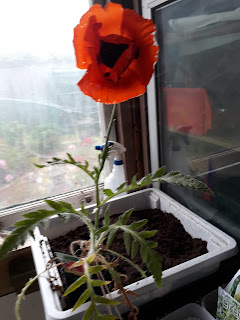 We also bought more compost, horticultural grit and some wood as him indoors is making me a new potting table. We were going to make a start on the front garden 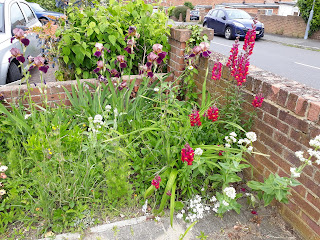 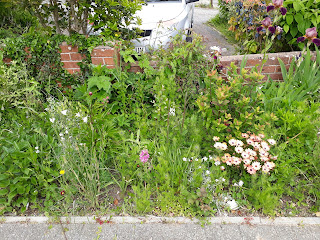 but that will have to wait until next week now. Whilst we were having lunch in the conservatory the blue tits were in and out of the nesting box, blackbirds were rooting around in the flower beds and a goldfinch was fluttering about.

The 'for your eyes only' roses are flowering 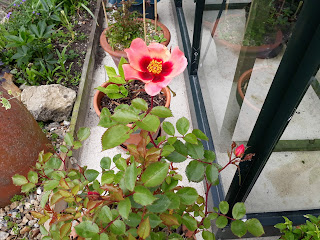 and all the spuds are doing well 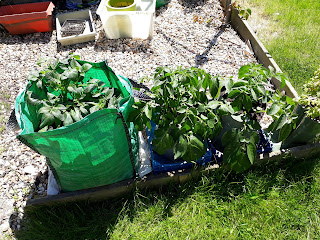 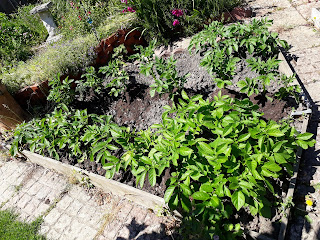 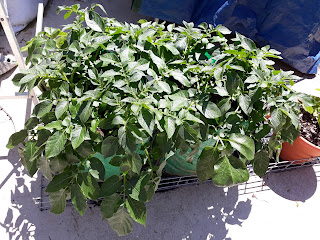 In fact, it's all looking good at the moment 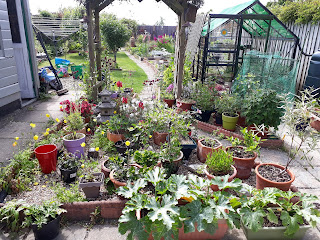 In between the showers this afternoon I planted out the poppy in the cottage garden and put the lily and leucothe in pots in the patio garden.

Well that's it for this week, we've achieved quite a lot. Watched Countryfile this evening and it looks like the thunderstorms have disappeared, there may be a shower this evening but it's looking dry for the rest of the week. Enjoy your gardening week and catch up next weekend.