Hard to believe we're on the road to autumn...where did the summer go? Over the past couple of weeks it's been warm but not so humid and we've had a couple of good downpours to start replenishing the garden after the drought. It's also been quite windy over the past few days.

The sparrows, blue tits and blackbirds have disappeared from the garden leaving just the magpies, pigeons and doves. Him indoors discovered something has been burrowing under the back fence again, probably a fox as the gap was too small for a badger. The fish have been surfacing more frequently and we've been feeding them 3-4 times a day. The other day he counted between 30-40!

We've been tidying up the garden - I wish the plants and veg grew as quickly as the weeds - and him indoors pulled out some of the oxygenating weed from the pond that was taking over. The cauldron pond isn't doing too well so it will have to have a makeover in the autumn.

I came across this geranium that I saved last year...it is happy and rewarding me well 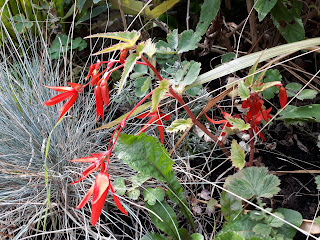 The radishes appear to have got out of hand, impressive but inedible unfortunately 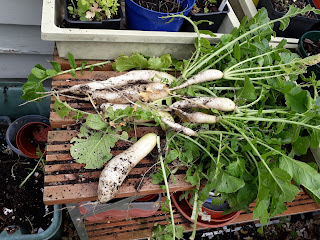 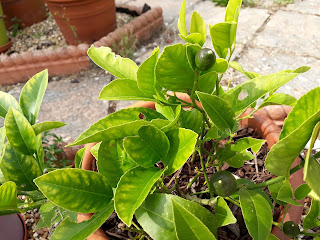 Yesterday I picked French and runner beans, a pepper and plums 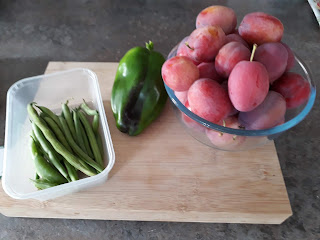 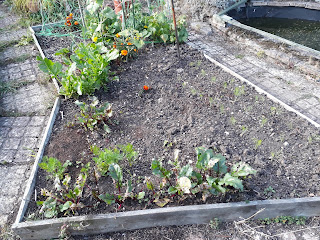 and the fennel and kale are coming along. The carrots are still a bit hit and miss though 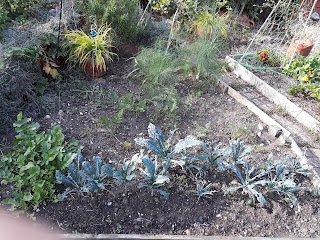 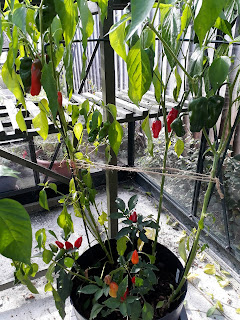 and the indoor and outdoor cucumbers are still producing 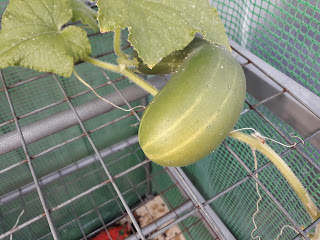 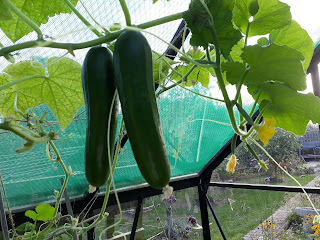 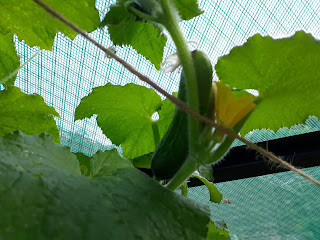 The pond garden is looking colourful with the rudbeckia 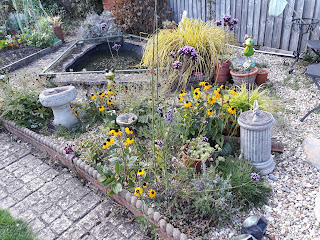 and the grasses in the cottage garden never fail to delight 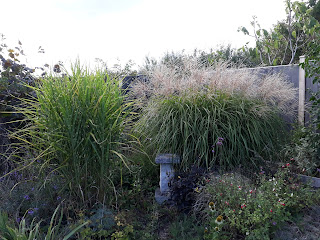 That's it for this week. The forecast for the coming week is, and I quote, 'summer is returning'. Hope so.