The temperature has dipped, the humidity has gone and it's raining again. Welcome back to our traditional English summer.

The drought has brought failures and successes. The failures: 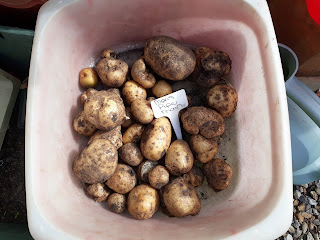 Maris Piper potatoes from six plants. Grew them in the ground rather than bags, thought I'd watered them enough but obviously not. 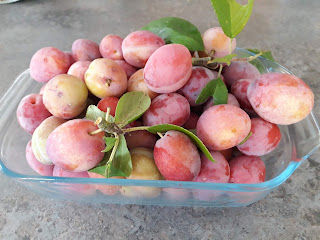 Now at first glance this looks like a success after the first batch withered on ripening, but actually they are a failure because each one is rotten inside 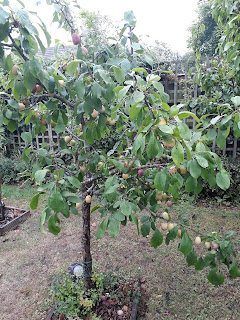 and I don't hold out much hope for the rest of them. 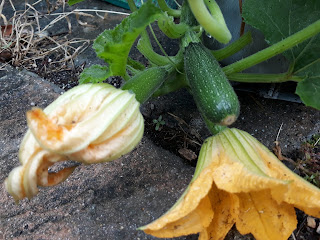 The courgettes are putting on a brave face and trying to score brownie points but I've only had one decent courgette from two plants all summer...so far! 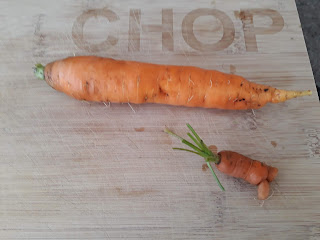 The carrots are sporadic - these were growing next to each other. 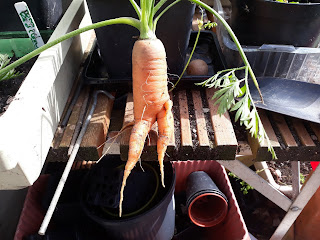 but this one put a smile on my face!

Failure into success when the rains came 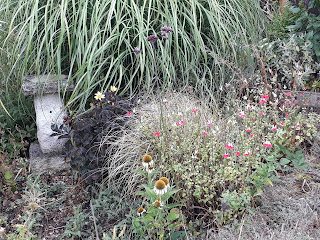 flowers appearing in the cottage garden 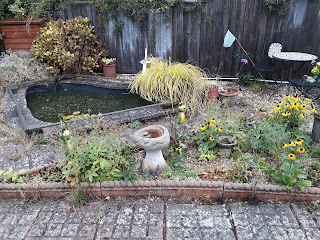 and the pond garden. 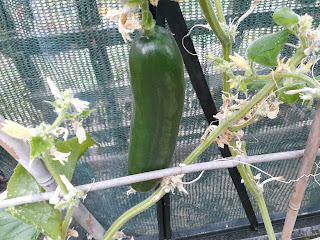 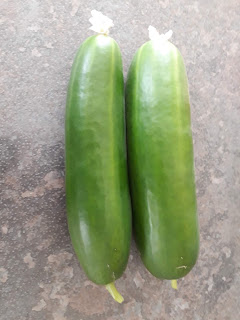 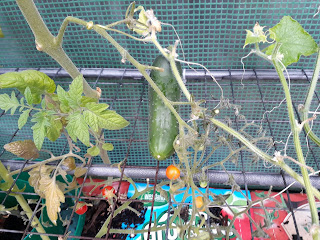 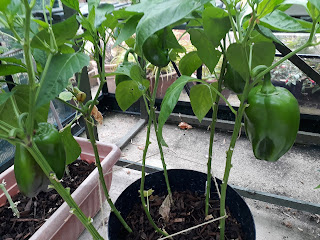 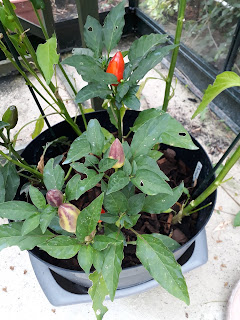 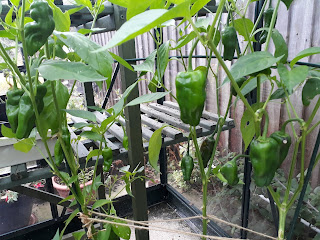 padron peppers which I thought were peppers but found out they are actually chillies when I put them in my salad! 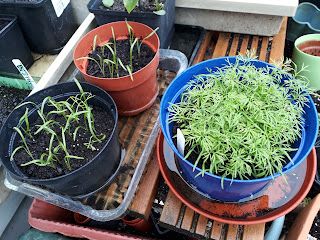 fennel (left) and dill (right) seeds sown at the beginning of the month. 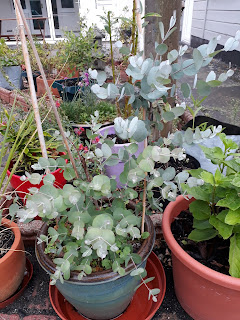 The eucalyptus has rallied after nearly dying at the beginning of July.

New plants for the garden are: 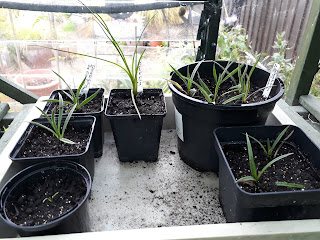 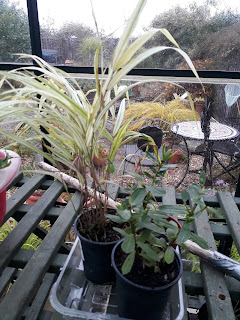 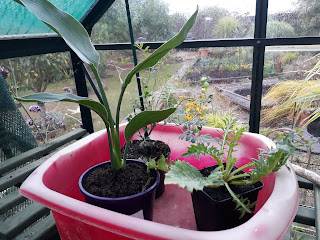 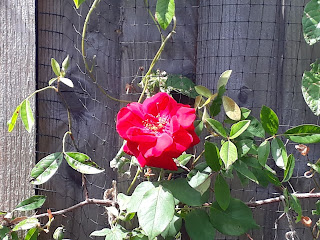 Dotted around the garden we have rock solar lights 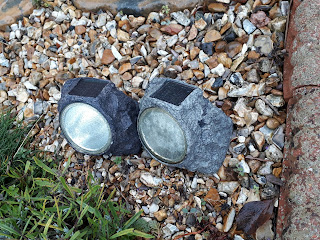 they are placed under trees and in the flower beds. Every morning at least a couple of them have been toppled over by mysterious activities in the night!

That's it for this week, the weather looks fairly settled for the week albeit a bit breezy at times.