I didn't think there would be much to write about this week, but the garden has decided otherwise. It's been a chilly week but today the temperature has risen and although it's windy, it's much milder and the sun is shining. 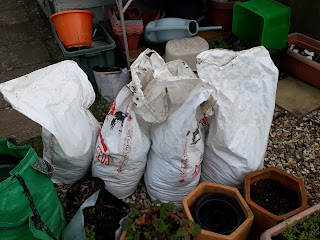 I had planned to dig it in this weekend but I've run out of time so that's on my to do list during the week. 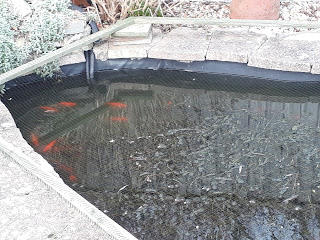 they just preferred floating around.

I spent a couple of hours tidying up the garden (but making sure there was still shelter for the small animals in case we get another cold snap). I swept up the leaves and yes, yet again I chose the windiest day to do it! I've pruned some of the shrubs, cut back the dead stalks on the plants and also cut back one of the grasses - I've left parts of the stalks because the new ones are forming 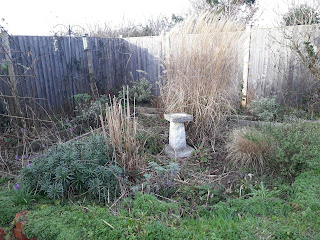 The other grass I will leave until the spring when the new growth is well under way.

I picked the lemon today, it's small and not edible but it's perfectly formed 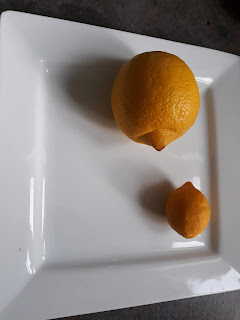 Whilst clearing the garden I came across new growth. The hellebores have buds on them 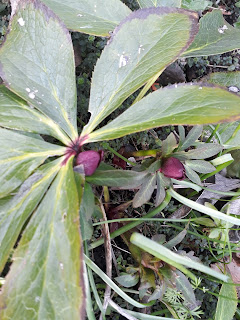 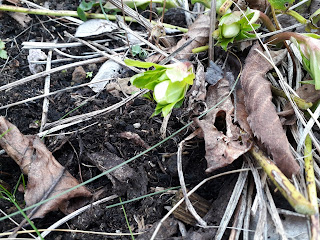 a potentilla is in flower 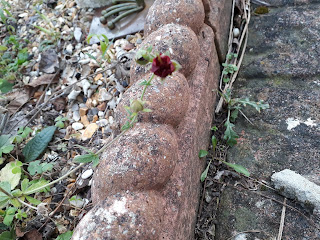 one of the daffs is close to opening 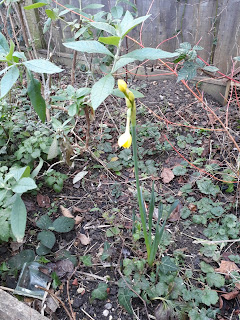 there are catkins on the hazelnut tree 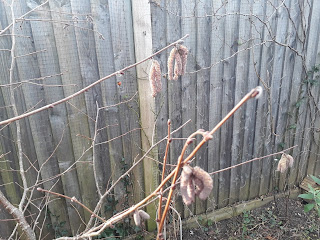 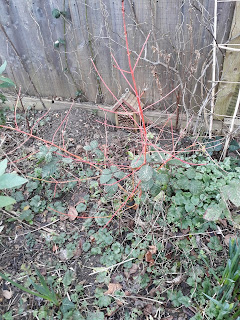 one of the azaleas has small buds on 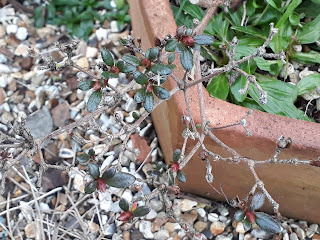 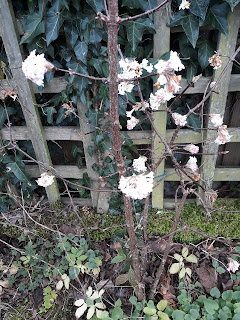 I have no idea what this is but it looks pretty 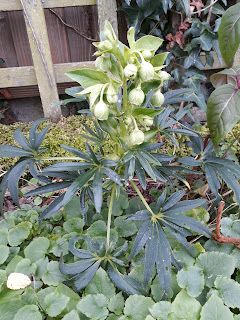 as does the photinia (red robin) 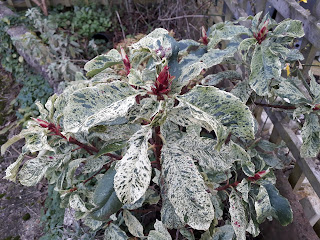 Whilst I was raking up the leaves I found some empty peanut shells - obviously the squirrels, no idea where they got them from unless someone has put them out on a bird table and I also found half a walnut so I've planted it in a pot and we'll see what happens.

Well that's it for now, the weather for the week looks calm, staying mild and dry.