Dorset Garden Diary - It's That Time of Year Again

Hope the snow didn't cause you too much inconvenience. I cancelled my travel plans on Thursday afternoon because the local radio was adamant the snow and ice was coming in at lunchtime and of course, it didn't arrive until the evening. We don't normally get much snow here by the sea but it did settle and hung around until the following afternoon.

There was a heavy frost last night but the sun has come out and is trying to warm things up a bit. I've put the seed potatoes into egg boxes to chit, this year I'm growing Pentland Javelin and Charlotte second early. I'm going to grow them in pots because they haven't done so well in the veg beds although the nitrogen has been brilliant for breaking down the soil. And talking of soil, last weekend we finally put the manure on the veg beds 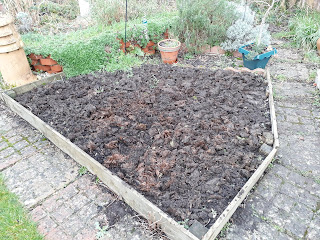 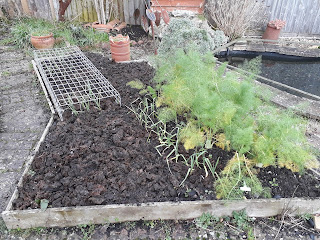 I sorted through the seed packets today - I can't believe it's that time of the year already. I've put them in order of sowing...March is going to be a busy month! There were a few packets of flowers that were out of date so I've sprinkled them on the flower beds and we'll see if they grow. 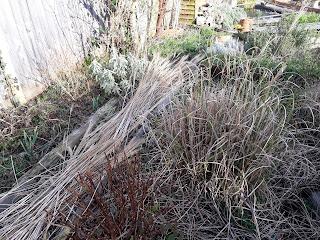 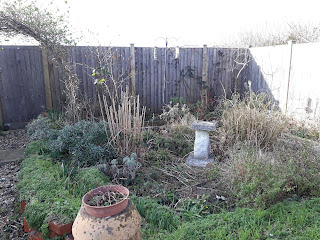 As you can see there's already plenty of greenery around the cottage garden and the honeysuckle is coming into leaf on the arch.

The daffodils are coming up 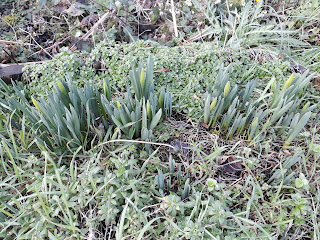 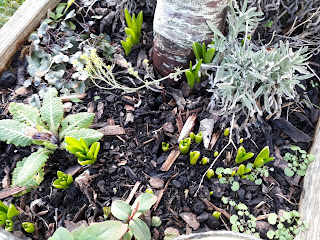 A tiny primrose is beginning to unfold 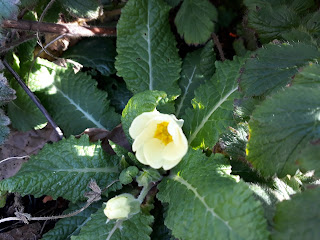 And the iris reticulata have suddenly sprung up, they're only about six inches high. 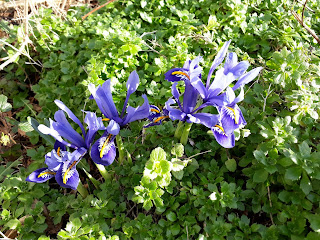 In the greenhouse the jasmine is close to flowering 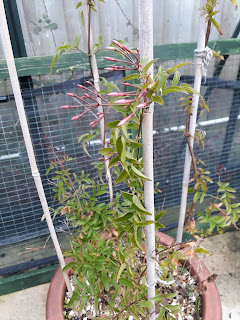 the bird of paradise has settled in nicely 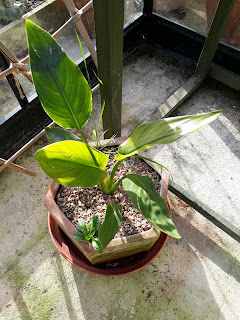 and there are more lemons! 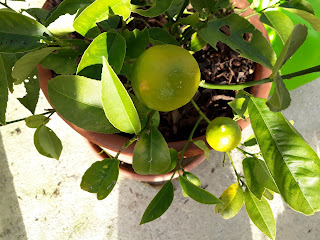 That's it for this week. According to the  weather forecast there is a warm front coming in this week but bringing rain with it - think I prefer the frost!