Well, we've certainly been spoilt this Easter weekend with the weather. Gone is the cold wind, the sharp showers and the fog to be replaced by a taste of summer - cloudless sky and temperatures rising to 21C 70F and above, the birds are busy and the fish are swimming lazily near the surface - perfection.

Temperature in the greenhouse at 11.30am today 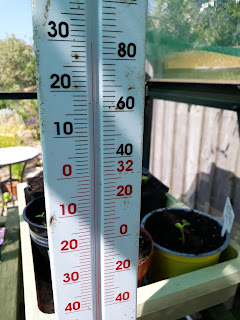 Finally it's warm enough to plant out the kale and courgettes 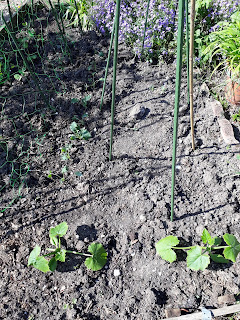 and the peas plus I've sowed more directly into the soil 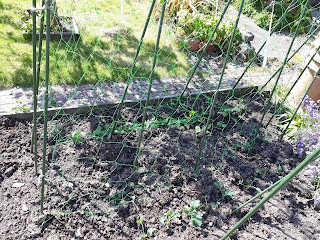 I also planted out the kale and little gem lettuce. In the greenhouse the tomatoes have been transferred into grow bags 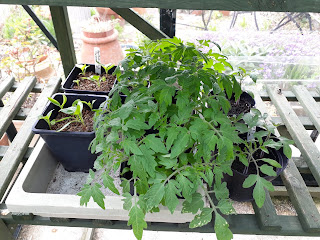 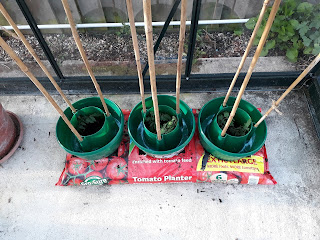 the cucumbers into pots 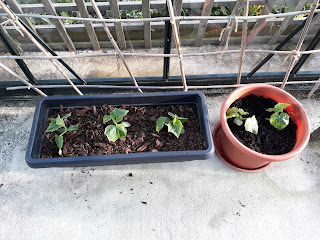 and also the peppers 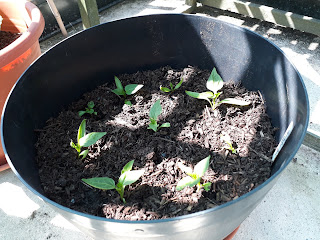 The edamame and dwarf runner beans are starting to appear 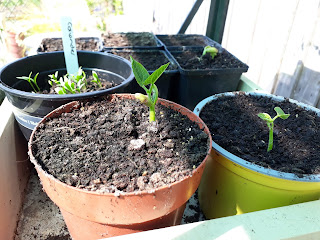 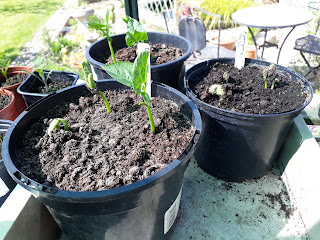 the razzmatazz chillies will need potting on soon 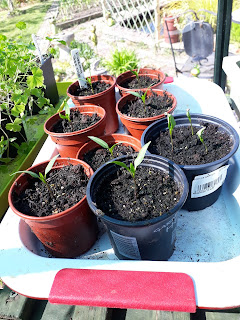 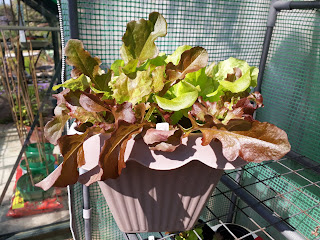 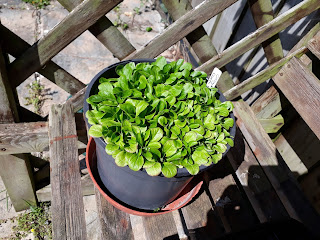 and the apricot has grown about three inches in a week 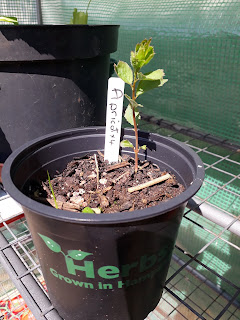 The flowers are also putting on a good show 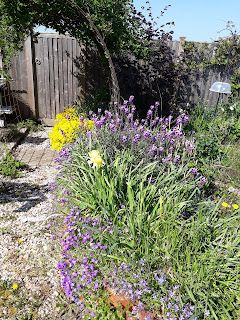 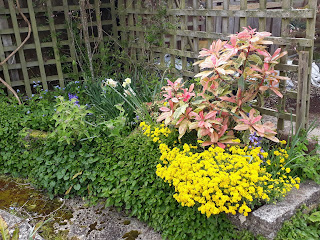 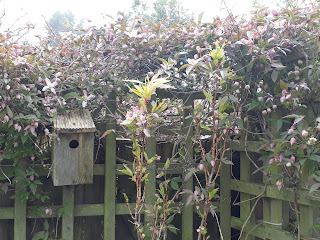 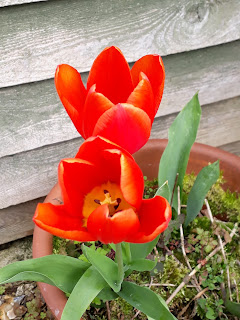 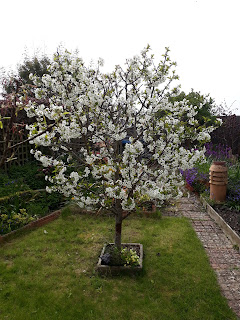 Him indoors has also been busy mowing the lawn and repairing the doors to the small shed. He's also made adjustments to the pond surround. For the past couple of years we've had netting over it to protect the fish from the heron. There was a gap underneath for the frogs to get in and out but I noticed that the dragonflies were trying to get to the water as well so we came up with this design which allows the dragonflies and other insects access to the water, the frogs can still get in and out but the heron can't get to the fish (fingers crossed!). 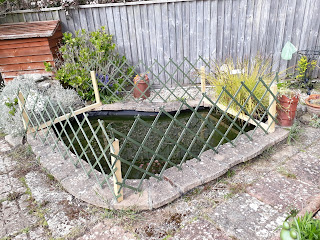 It's all looking pretty good even though I say so myself 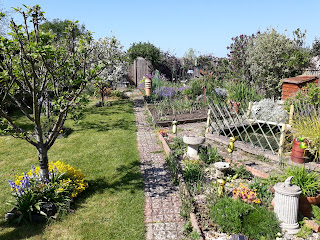 And one last thing - this is the first time in four years the orchid has flowered. I moved it from the lounge to the kitchen windowsill and this is what happened 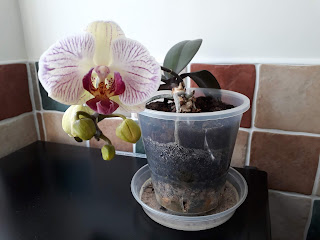 That's it for this week. Looks like it's going to get cooler in the coming week and hopefully some rain. Enjoy the rest of your weekend and have a good gardening week.