Dorset Garden Diary - A Lot Can Happen in Two Weeks

Since all that gardening over the Easter weekend, my back is telling me I am at the age where I can't do that anymore. Over the past couple of weeks (whilst we were on holiday) I've been able to sit, I've been able to walk, but going from sitting to standing up straight, well, that's been a bit of a problem. It's easing now, so today I've been careful.

When we came back from holiday, the cucumbers and the tomatoes had nearly tripled in size 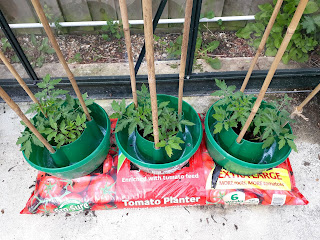 and the orchid that had a flower open now has four 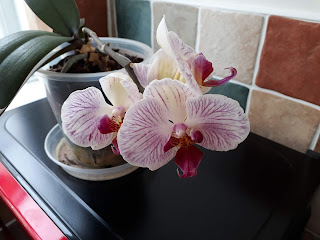 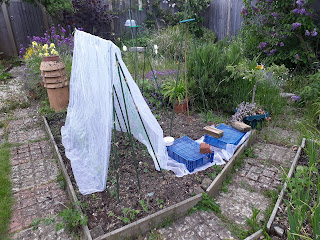 I'm hardening off the outdoor tomatoes before I plant them out 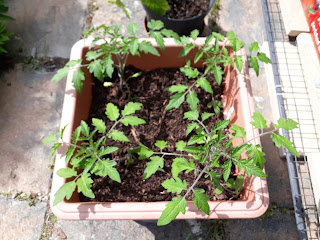 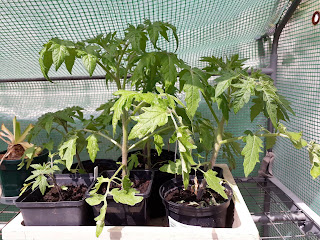 The lettuce are doing well 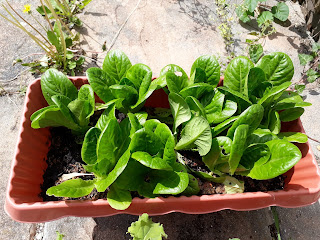 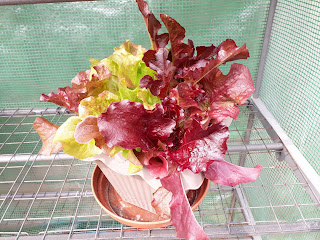 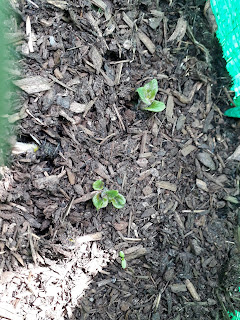 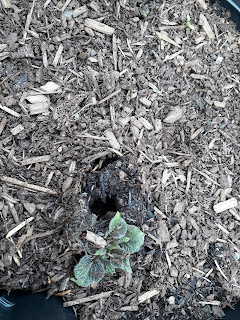 and talking of potatoes, I opened the composter this afternoon and there are potatoes growing inside it! 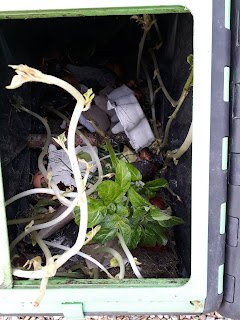 The clematis over the arch is now in full flower 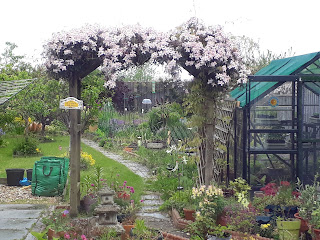 and growing amongst it is wisteria. We've been here six years, it was planted by the previous owners and it's hardly grown let alone flower, until now, and the flowers are a gorgeous purple and white 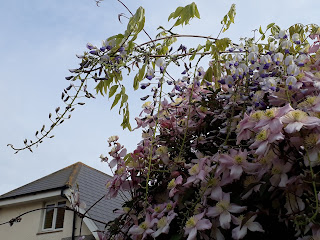 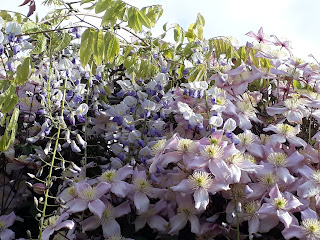 The fruit trees have now shed all their blossom. It looks like it's going to be a bumper crop for the birds on the sour cherry tree 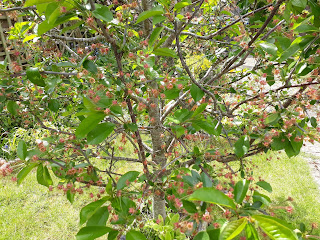 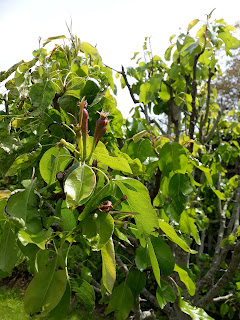 and there's plenty on the plum tree again this year, fingers crossed we don't have another early drought and lose most of them again 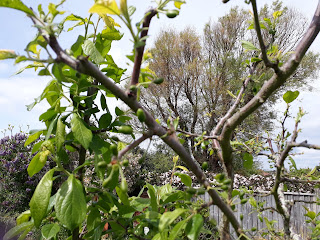 I also gave the apple tree a good pruning and a good talking to as it hasn't produced any apples since we've been here. Well...it appears to have worked because there are actually fruits starting to show!! 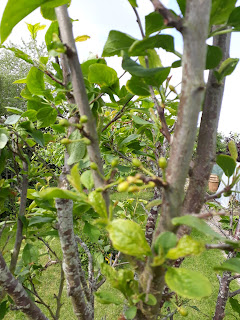 Elsewhere, the geums are flowering well, they didn't like last year's dry weather 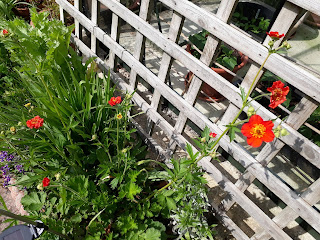 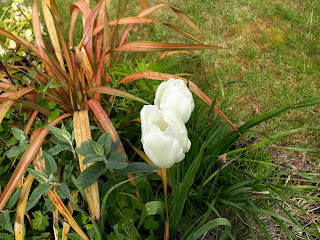 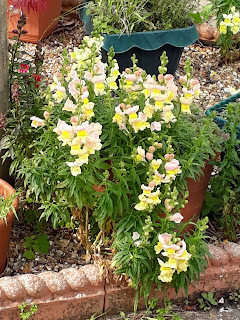 Yellow irises, they're a mystery as well, but also welcome 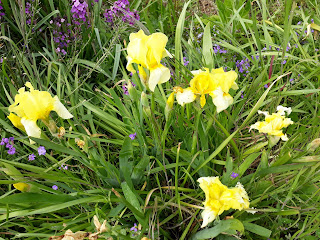 And today whilst I was weeding (carefully) I came across quite a few plants growing that I don't remember seeing last year, so I'll have to wait for them to flower to see what they are.

I planted more carrots, spring onions and radishes and thinned and re-planted the beetroot. I've re-potted the apricot seedling which has grown over six inches since Easter 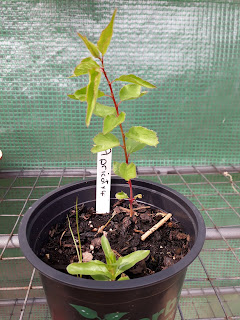 and I also re-potted three avocados that have sprouted, an almond and another walnut...isn't nature wonderful!

Well, that's it for this week. Looks like it's going to warm up slightly during the week before getting cold again but we are expecting rain midweek which saves on the watering. Have a good gardening week and catch up soon.
Posted by Daisy Digga at 14:57