It's been a wet couple of weeks here in Dorset. Easter was a washout except for Easter Sunday when we managed to get out in the garden for a few hours. Him indoors erected the temporary cold frames 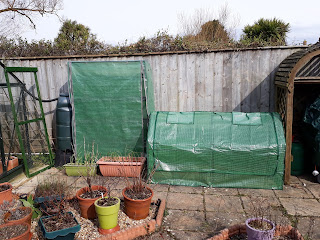 and we both cleared (finally!) the side of the pottering shed 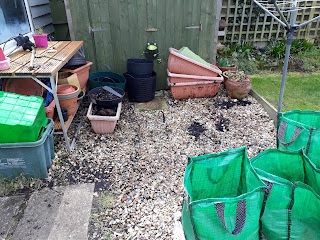 There was plenty to go to the recycling centre and I mulched more of the flower beds with the compost from the bins - it does make the garden look nicer and of course, it's good for the plants and keeps the weeds at bay. 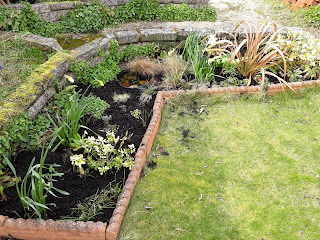 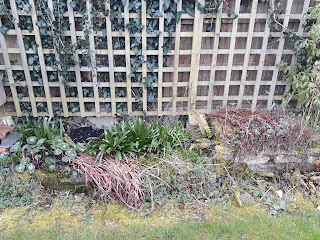 so I pulled out the dead leaves and it looks much better now. I didn't pull out too much in case there were insects still using the plants as cover. 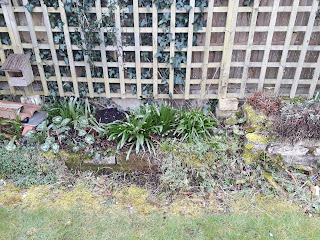 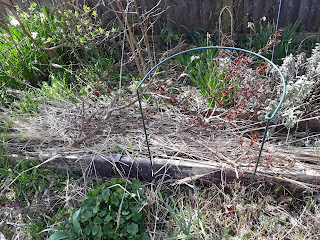 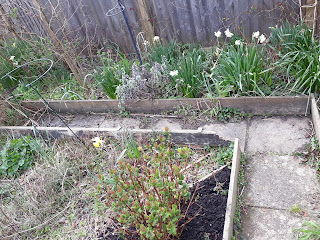 plus I weeded and mulched two sections of the cottage garden 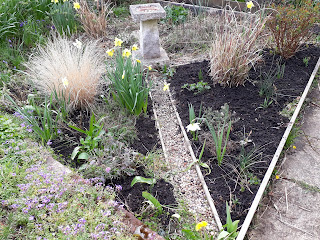 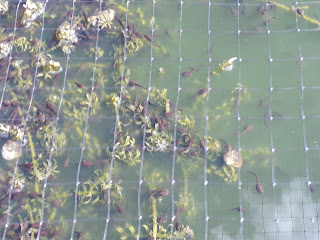 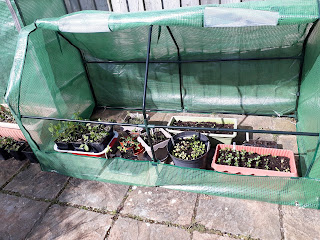 And...talking of sweet peas, I found this one growing in the lawn - it's survived all that snow and ice! 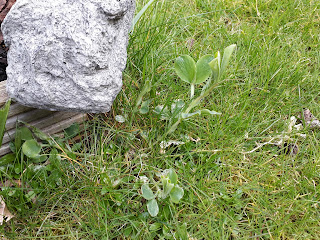 We also found what we think is one of the apple saplings that I grew from seed, it was growing in  the gravel bed by the patio. Him indoors pulled it out and I've potted it up...we'll see what transpires. 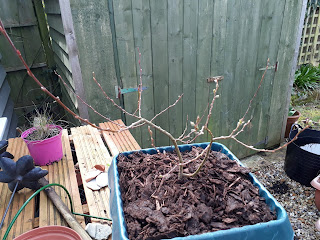 The sparrows have had voracious appetites this week so I've been topping up the feeder every other day plus the black birds are constantly on the bird table and the blue tits have been in and out of their box every day with nesting materials.

The daffodils are starting  to die off now so I deadheaded those yesterday. We still have plenty of colour from the aubretia and the grape hyacinths (although not really keen on the latter to be honest) and the primroses 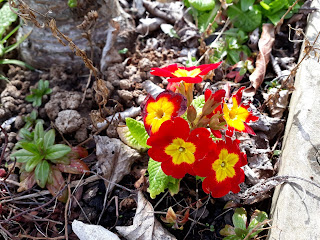 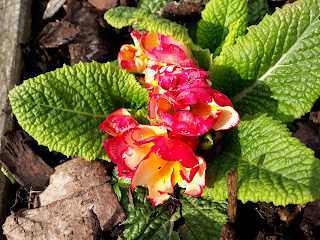 plus there are yellow ones and purple ones with yellow middles. The forsythia is in full bloom (planted last year) 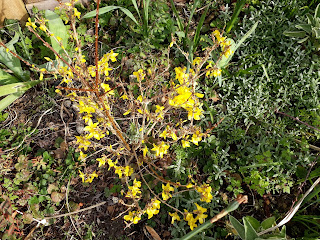 The lupins in the cottage garden have broken through 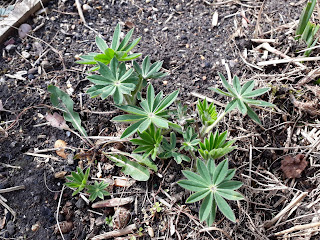 The first of the apple blossom - hopefully we might finally get some apples this year! 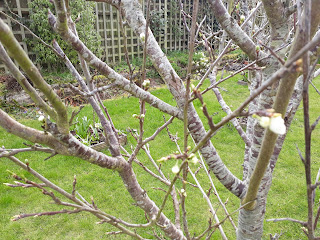 Pussy willow (that's what we used to call it when I was younger - a long time ago!) 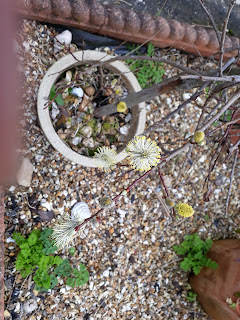 and leaves emerging on the patio hydrangea 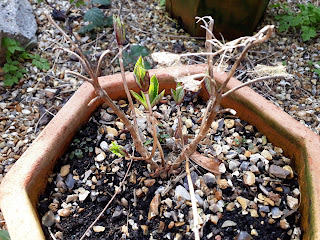 I spent a couple of hours in the garden yesterday and there were numerous bumble bees and honey bees enjoying the spring sunshine together with peacock and brimstone butterflies. The fish haven't surfaced but I saw them lurking below the surface...probably preying on tadpoles!

That's it for this week. According to the weather forecast it's going to be milder this week with rain now and again so I should be able to get some gardening done. Have a good week and catch up next weekend.