Hope you're all enjoying the Bank Holiday. During the week severe thunderstorms were forecast for most of the weekend with flash flooding and high winds causing damage. Go to the other end of the scale and that's what we've had in Dorset...hot sunshine, high humidity and no storms. Actually, correction...we had a few flashes of lightning on Saturday night and about four rumbles of thunder. As for rain, well not enough to fill a teacup so it's no guessing what I'll be doing this evening.

The garden has pretty much looked after itself this week. I did the last earthing up of the potatoes in the bags 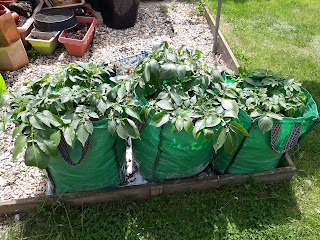 planted out the ornamental bronze fennel and angelica in the top beds (they grow to almost two metres), tied back the climbing rose Ena Harkness 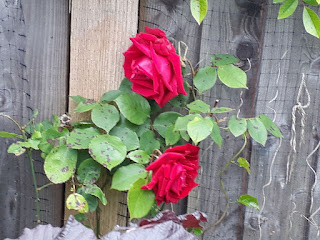 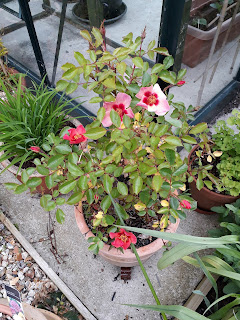 as have the delpiniums in the cottage garden 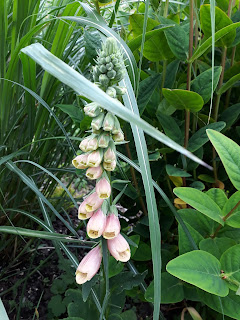 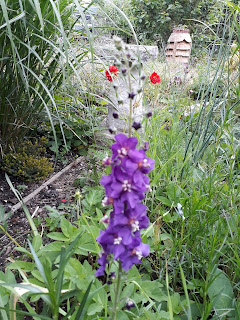 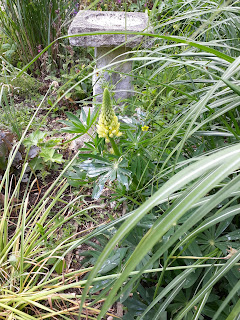 Elsewhere in the garden the gladioli are looking splendid 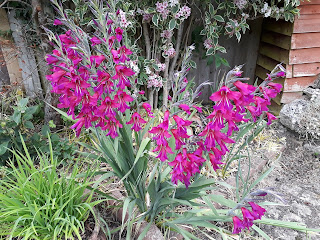 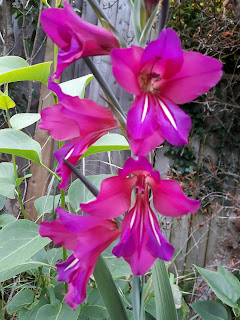 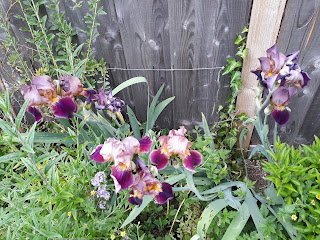 Six o'clock Friday morning the seagulls were making one helluva racket and I thought 'heron'! And there it was, sat on top of next door's summer house 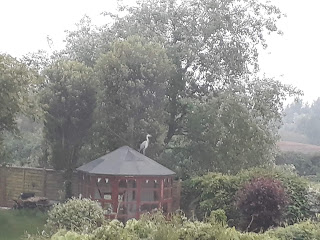 And that lunchtime we had a rare visit from the starlings - they swooped in and feasted on the lawn for about ten minutes then flew off.

I removed as much of the duckweed as I could from the cauldron pond and then went round the garden spraying the stubborn weeds and brambles with more industrial strength weedkiller.

I've sown fennel, more spring onions and carrots and moved some of the lettuce and beetroot seedlings from pots into the garden. I planted out one of the sunflowers in the top bed by the climbing roses and earthed up the potatoes in the veg bed. 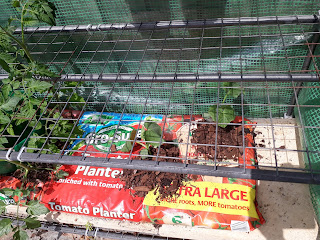 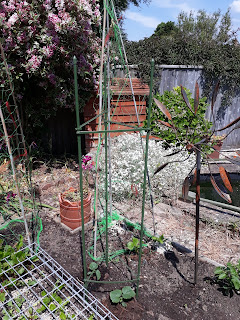 I'm having a problem with the French and runner beans this year. Out of all the seeds I've sown I only have two plants as the rest have either been eaten by pesky slugs/snails or rotted in their pots. I'm trying one last time then that's it, I'm giving up. I planted out the next batch of peas - fingers crossed so far they are doing well. And in the greenhouse, the first flowers have appeared on the tomatoes 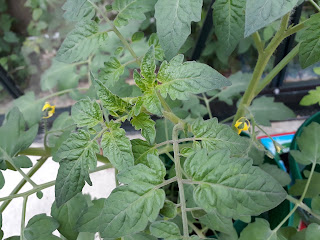 We have three new frogs by the pond 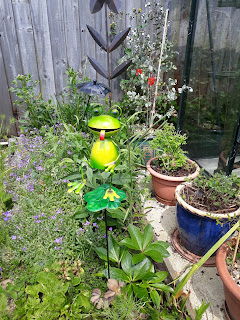 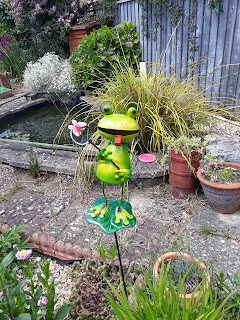 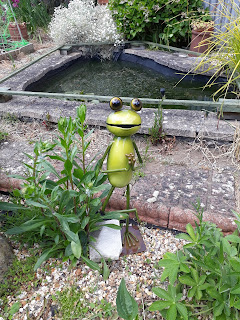 And talking of frogs, there was a small beige-coloured frog on top of the pond netting this morning, it hopped across then jumped onto the concrete lip and dived into the water with a plop.

The pond area is coming on 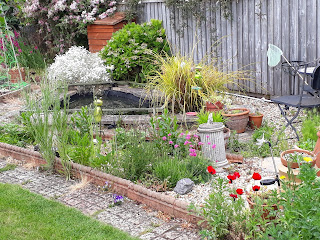 in fact, even though I say it myself, the garden is looking pretty good at the moment 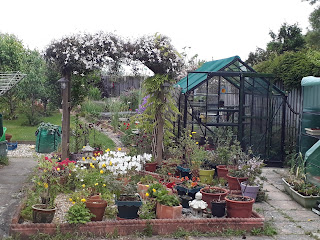 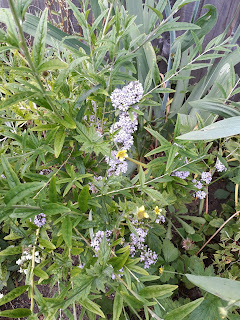 and there is finally some growth on what I think is one of the apple trees I grew from seed a couple of years ago - another one of my 'wait and see what happens...' 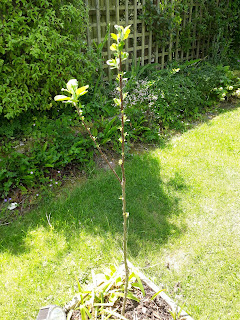 So that's it for this week. The forecast for the week ahead is storms and heavy rain and sun - hedging their bets a bit there then. We'll see. Oh, almost forgot, the temperature in the greenhouse late morning was 37C 98F and the tickled pink sweet peas are in flower 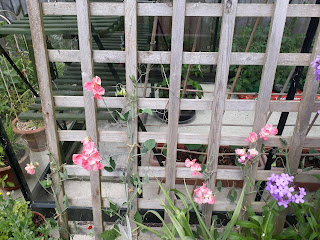