Dorset Garden Diary - There's an Outside Chance of Rain Today...Hopefully...Please!

That's June been and gone, we're halfway through the year and the days are shortening. Plus, it's been one of the hottest on record and the driest - there's been no rain here since the end of May. It's cooler today but high humidity, rain and thunderstorms are forecast but it's hit and miss. So it's been a week of watering the veg and topping up the pond. But it's worth it. The cucumbers in the greenhouse are doing well after last year's dismal performance 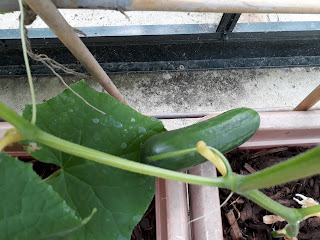 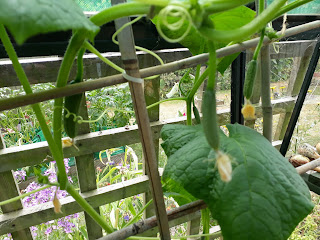 as are the tomatoes 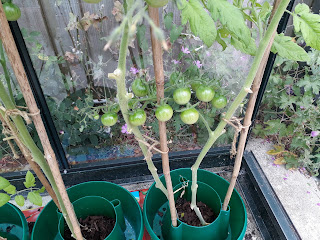 and the chillies and peppers 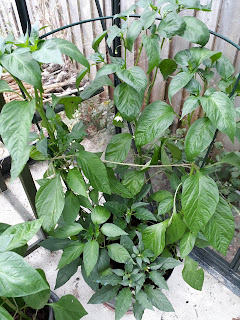 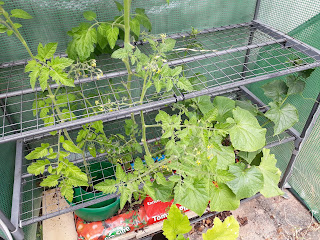 I've spent most of the week tidying the garden, weeding and deadheading. At times it was too hot to do much with temperatures hovering around the 28C 82F, although we have been lucky with a sea breeze but even that was warm.

The pot raspberries are close to ripening 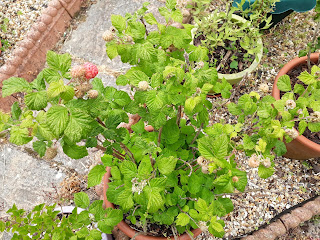 the lemon tree (well, it's more like a small shrub at the moment) is in flower 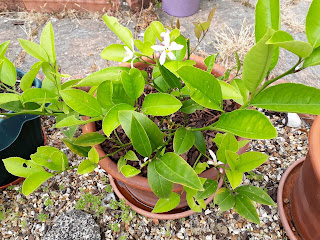 the miniature blue hydrangea is in flower 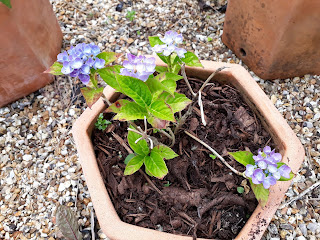 as are the magnificent lionheart lillies 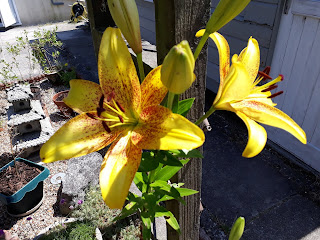 There has been a lot of damselflies and dragonflies hovering around the pond and I realised that they can't get to the water because of the netting keeping the heron out, so until him indoors can make something more permanent, this is my solution for during the day 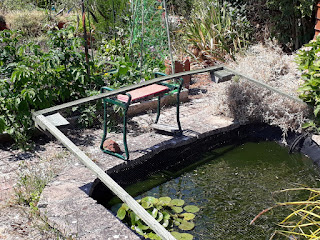 and within minutes of erecting it the damselflies were underneath and hovering over the water.

I've had to top up the bird baths and the cauldron pond every day. The sparrows and blackbirds are using the cauldron pond to cool off. And talking of sparrows, they are feeding relentlessly, I am topping up the feeders every other day. I'm surprised they can fly with all that food inside them. On Monday I could hear the crows and seagulls creating a racket, I looked out the window and they were dive-bombing a buzzard that was lazily gliding round in circles. Beautiful bird. 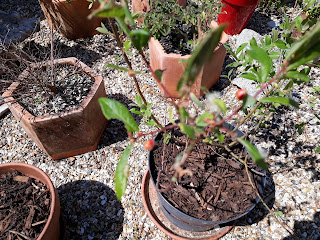 On the other hand the plums are in abundance 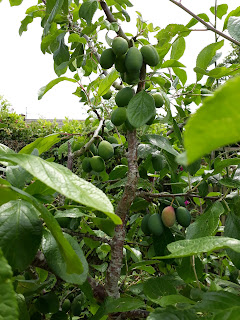 I thinned out the beetroot and re-planted the excess seedlings elsewhere and sowed more spring onions and radishes. Some of he peas are ready 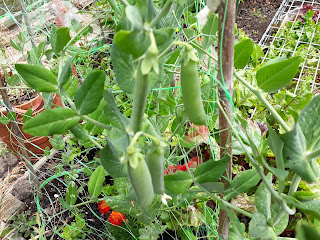 and the runner and French beans are in flower 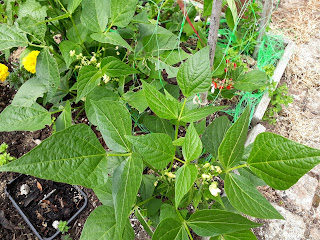 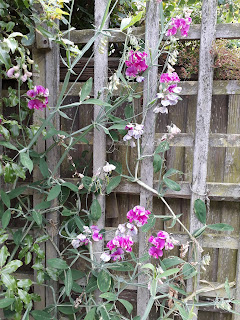 the alliums are coming into flower in the cottage garden 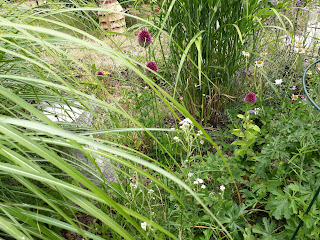 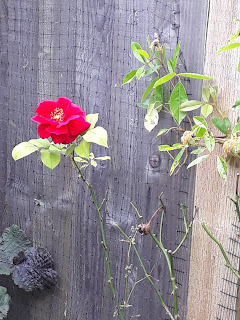 I watched Countryfile this evening to see what the weather is for the week ahead and it looks like the rain and storms have passed us by although there could be some rain tomorrow morning, but if not, then there's none forecast for yet another week. Great news for the tourists but not for us gardeners.