Yes, that's right...RAIN! Finally...after two months of tropical temperatures and near drought conditions. The last couple of weeks have been particularly hot with humidity as high as 85%. 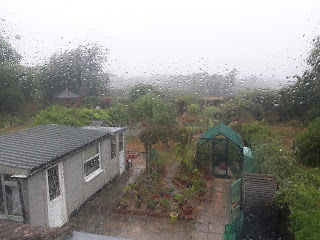 So that's one job checked off the list for a couple of days.

Yet the garden has coped very well considering I haven't watered the top flower beds - there was no point, the clay was rock hard and the water would have run off.  Casualties include the grass which is brown but hopefully not for long now; the sweet peas withered despite being watered; the plums have been affected (as they ripen they shrivel up) which is a shame because it's a bumper crop this year 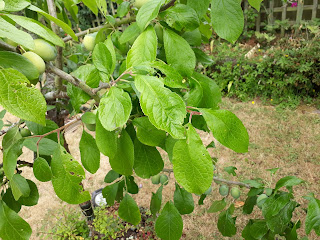 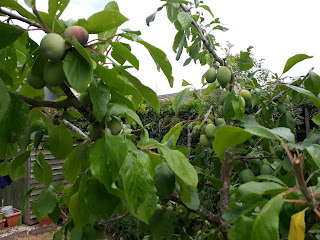 I've tried ripening them indoors but they are inedible, there's no moisture in them 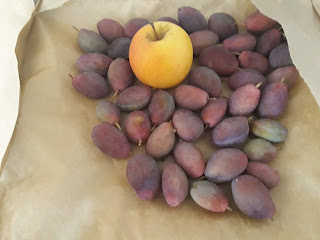 The potatoes have been dismal apart from the Charlottes which taste delicious but only a small crop. The maris pipers are a write off I think, I'll leave them for another week or so 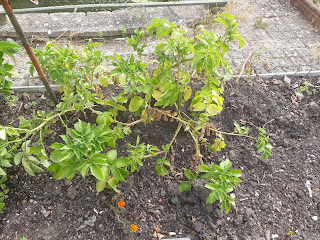 and although I earthed them up well, there have been small potatoes forming on the stems above ground 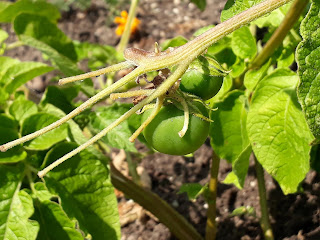 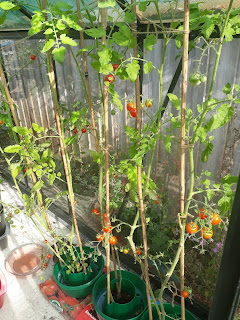 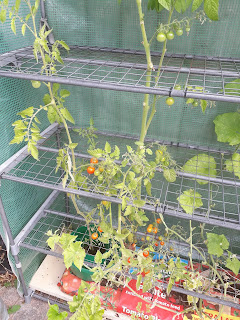 we have harvested plenty so far. I may choose a different variety next year as although these are tasty and abundant they are quite small. 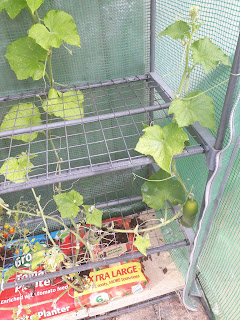 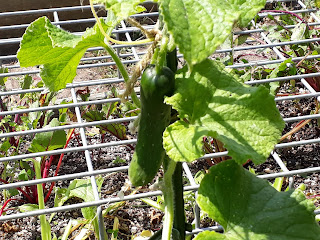 and in the greenhouse 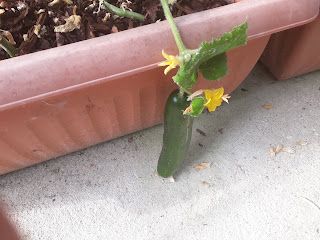 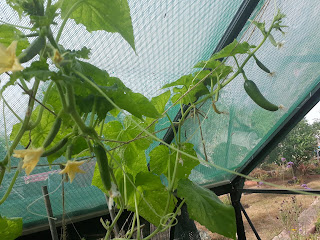 I've picked about half a dozen already which is double last year's harvest! 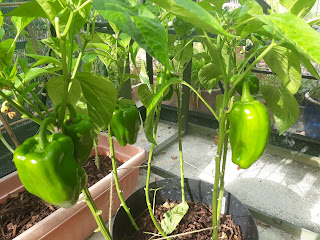 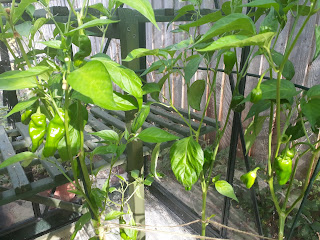 and razzmatazz chillies (my favourite) 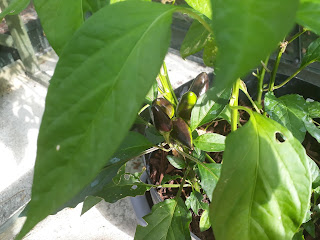 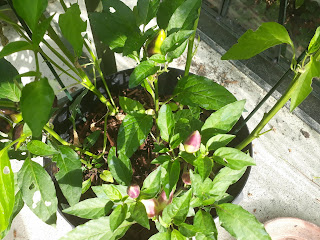 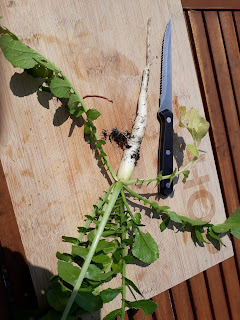 and the French beans and beetroot are doing well 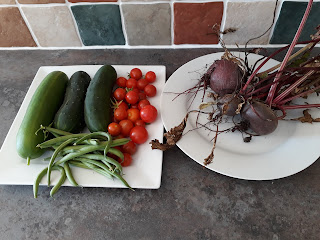 And on to the flowers thriving in the heat - verbena bonariensis 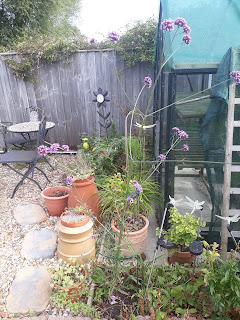 the grasses in the cottage garden 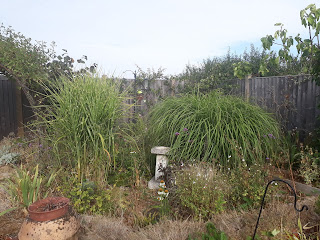 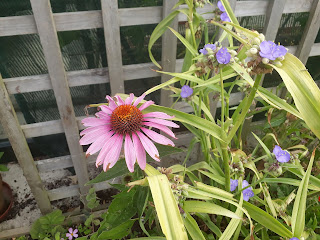 rudbeckia - brightens up the border 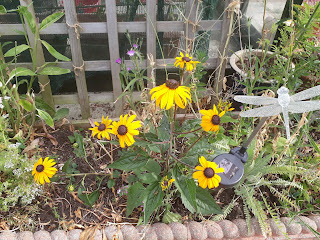 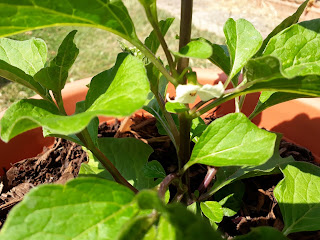 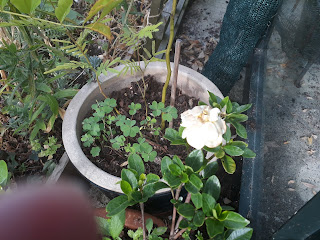 There is a glut of blackberries but within hours of picking some of them turned mouldy in the hunidity. I checked some of the pots that didn't appear to have anything growing and to my surprise one of the avocado stones has rooted so I've covered it back up and fingers crossed.

The fish have been lively over the past couple of weeks and eating well. I topped up the pond the other day with the hose on spray and some of the fish surfaced and were frolicking in the falling water. The temperature in the pond at the time was 20C 68F. And this bee was taking a rest in the heat 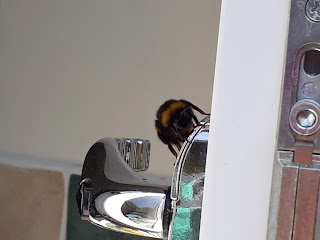 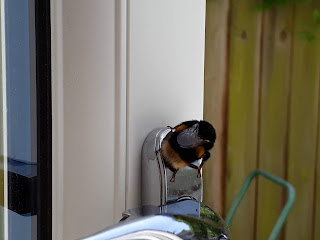 I prepared some sugary syrup in case it was exhausted but it was fine and flew off.

The weather for the coming week is possibly more showers (yes please) then turning hot again towards next weekend. It will be interesting to see what affect today's rain has. Catch up next week.