Well, as you can imagine it's great to be back after two hot and sunny, all-inclusive weeks of nothing to do! It's been quite nice here as well apparently, but turned cold and miserable on Wednesday.

Mr and Mrs Digga senior did a great job of looking after the garden. They tried to keep on top of the prolifically growing tomatoes but in the end they admitted defeat and stopped eating them with everything before they started to look like one. Arrived back on Tuesday afternoon and have picked over 3lb so far. 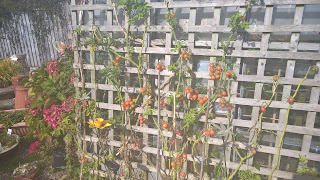 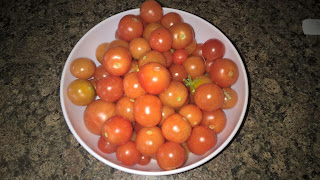 Also, to my surprise, there were three gherkins (one huge) and a cucumber 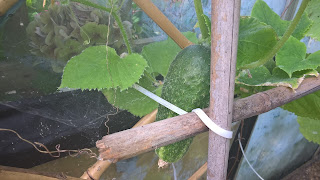 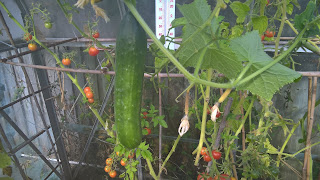 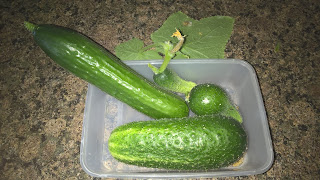 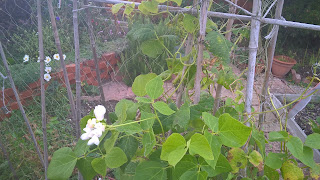 and there were five pods on the peas (still tasty). I've dug up the rest of the carrots, spring onions and beetroot and started to dig over the veg patches. The swiss chard is growing well and the celeriac's looking good 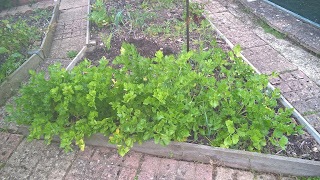 There is an abundance of pears even though the squirrels and crows have been eating them. 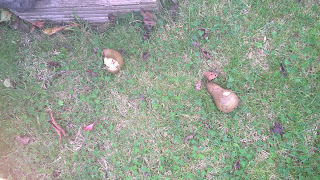 Despite not having much rain over the last couple of weeks the garden is looking good. The grasses in the cottage garden look amazing 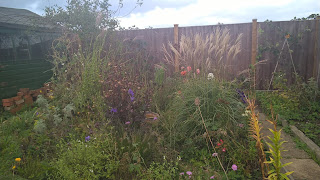 and the aster (henry purple) has come into flower. I'm going to plant it out in the garden when it's finished flowering. 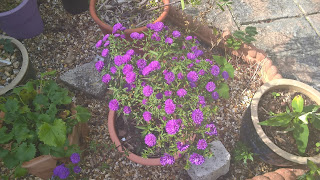 Two weeks ago this rockery plant - whose name escapes me - had one flower head now it has multiple. 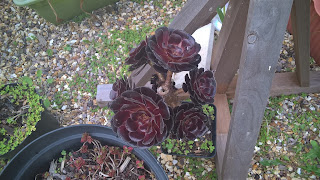 This is the surprise flower that had appeared the weekend before we went - a beautiful lily. Shame there's only one. 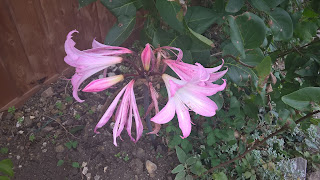 The sweet peas are still flowering albeit sparsely. 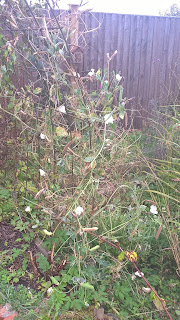 And this gorgeous plant has crept over from next door 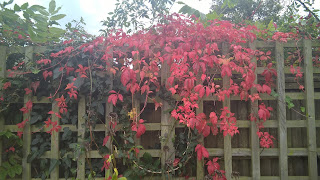 I need to start cutting back the herbaceous shrubs and perennials next week plus sow the perennial seeds. Whilst we were away the replacement viburnum Kilimanjaro arrived. The plant supplied last year didn't come to anything so I spoke with the supplier and they replaced it free of charge. 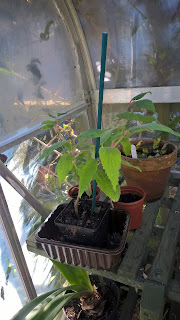 My main plant order has started to arrive. Received so far are 25 winter aconite bulbs plus (free of charge) 50 mixed double daffodils and 50 iris reticulate. Very nice to have but I also had a free bag of daffodil bulbs from the garden centre and it's finding somewhere to put them all. Plus, I can't put them in yet until the rest of the order arrives with the ground cover plants. I suppose I could put some in pots this year.

I'd like to say the fish were pleased to see us back but they just showed indifference. The double layer of netting over the pond has worked to keep the majority of the falling leaves out. The blue tit came down to say hello though. Thursday evening I saw movement about 3-4 feet above the patio and it was a huge swarm of mosquitos, they were there for over an hour. Thankfully, they haven't reappeared.

Yesterday I popped to the garden centre to get the garlic and onion bulbs and received a free primrose - pretty. 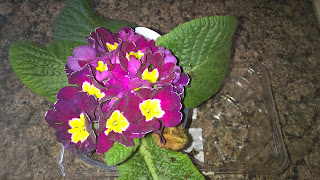 I also went to the local supermarket and the café is now selling off the used coffee grounds (proceeds to charity) so I bought some and I'll dig those in next week.

Today is warm and sunny - quick, get out the sun lounger and cocktails! Although showing some signs of autumn the garden is not looking too bad. 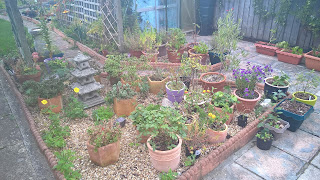 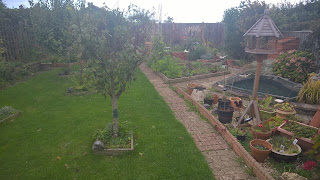 I'm unable to watch Countryfile this evening for the weather but I think it's going to get colder this coming week but no sign of rain, so I've had to water the garden. Enjoy your gardening and catch up next Sunday.