I can't believe my last post was the 18th May - where does the time go!

Well, as you can imagine there has been a lot going on. The tadpoles have morphed into frogs and left the pond and we have a new generation of goldfish although they were late to appear. Both the blue tit parents survived this year (thankfully) and the chicks fledged the first week in June. They fluttered round the garden getting their bearings and chirping to each other and the parents. We've also had visits from starlings and goldfinches as well as the usual blackbirds and house sparrows. Haven't seen the heron about much though.

Unlike last year, we've had some rain. In fact, we've had a lot of rain which has been great for the garden, but it's also been cold at times, a couple of weeks ago the night-time temperature went down to 6C 43F which wasn't so great for the garden. This week we are on the brink of a heatwave. It's also been windy at times (it's blowing a gale at the moment - a warm one) and blew the petals off the tall purple (almost black) poppies, but not before I managed to get a pic - stunning aren't they and they grew to over five foot. 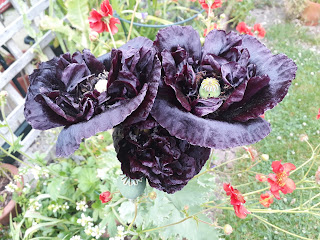 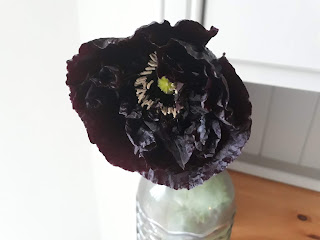 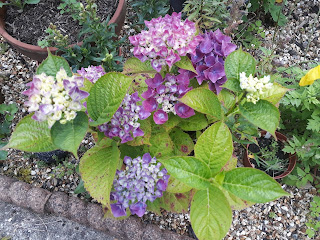 The snapdragons (antirrhinums) are popping up all over the place 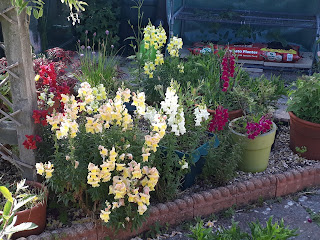 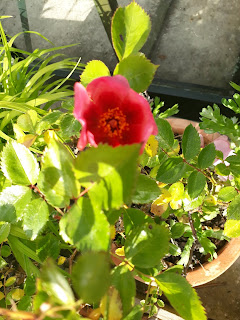 A lone foxglove made a welcome appearance 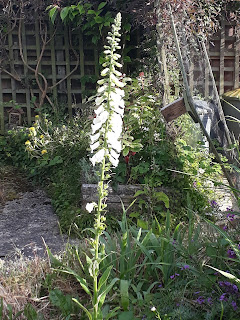 The irises put on a splendid display this year 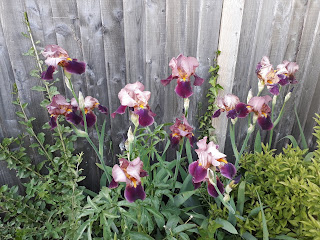 And this lily has been delighting us for over a week 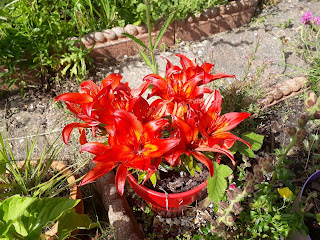 The pond garden has filled out﻿ 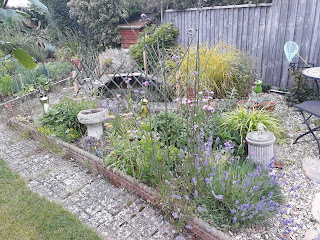 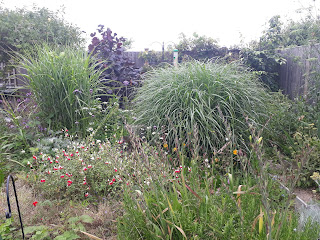 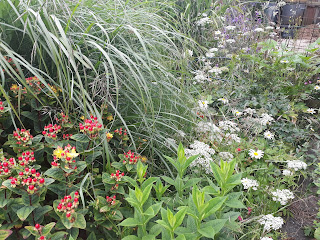 Poppies have decided to grow amongst the peas﻿
﻿ 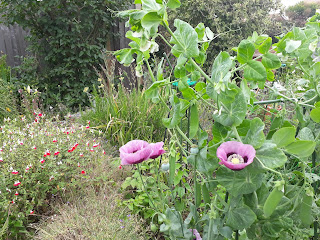 And as for the veg - the peas, kale, courgettes, French beans and beetroot are doing well - I've never had peas grow this tall before 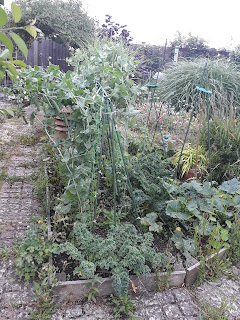 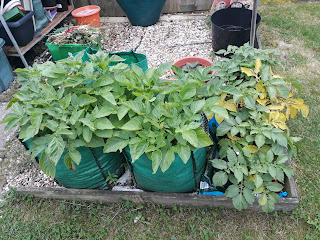 The courgette plants are keeping up a steady supply 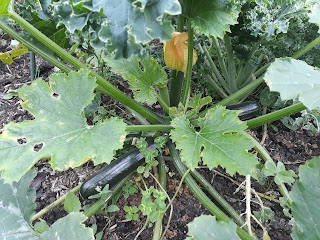 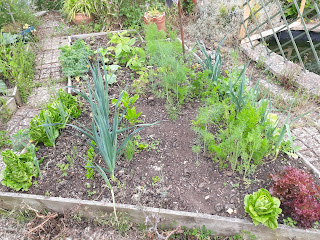 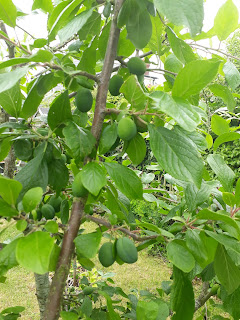 In the greenhouse the tomatoes are coming on 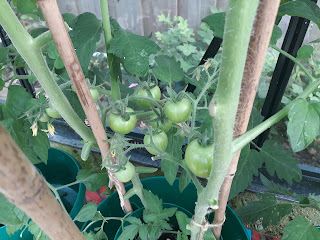 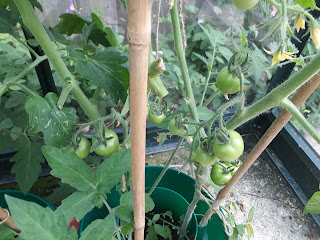 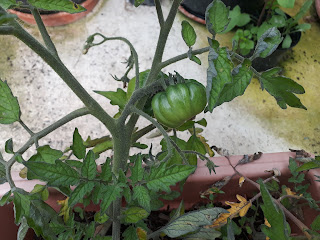 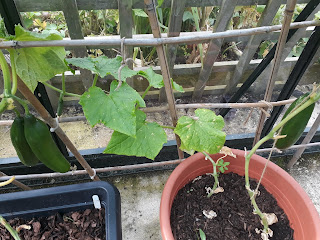 And the onions, shallots and garlic are lifted and drying 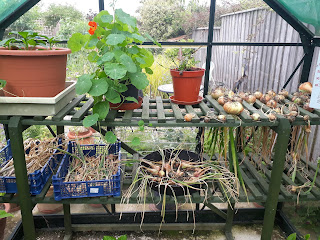 This is an avocado plant grown from seed/stone 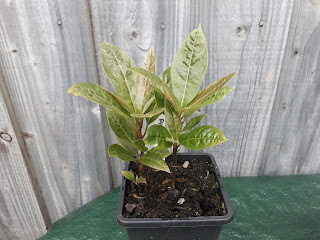 And this is an apricot tree grown from seed 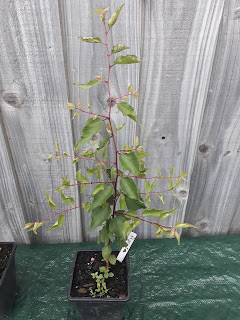 I love this. I know it's a weed but it's large and perfect﻿
﻿ 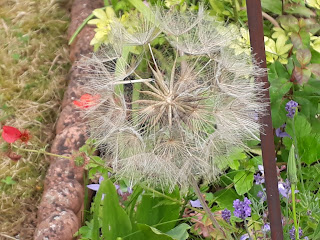 Well that's it. Hope you've enjoyed seeing how the garden is progressing. It goes without saying (although obviously I will say it) that him indoors works steadily behind the scenes.

Tomorrow the temperature is due to hit 27C 81C - that should ripen up the tomatoes and fill the pea pods.