Dorset Garden Diary - Tidying Up and Having a Clear Out

I've managed to get out in the garden a couple of times this week on the rare days we had some sun and I spent most of yesterday out there as well because was forecast for today was a washout - oh so true.

The couple afternoons during the week I pottered, one of the blue tits was calling continually for hours, I think it might be one of the young from last year's brood. And one morning, whilst I was having breakfast, the blue tits, sparrows and blackbirds were busy insect hunting and I also saw a pair of robins, one of which came up close to the conservatory. Late afternoons the sparrows have been congregating on one of the veg beds I dug over and having dirt baths.

I potted up the razzmatazz chillies, padron and king peppers and tomatoes gardener's delight 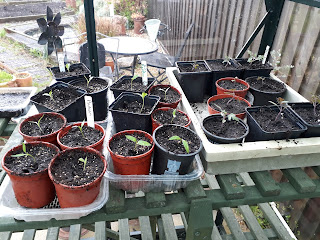 they're in the greenhouse for now but next week I'll start hardening them off.

Him indoors gave the lawn it's first haircut of the year and it's looking good apart from a few sparse patches where the birds have been digging for insects. 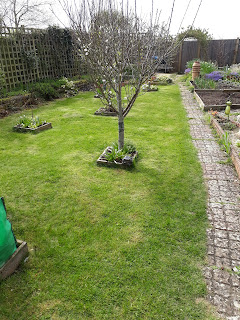 He also tidied up out the back and cut back more of the blackberry bushes so we can get to the compost bin easily; put out our new solar lights in the shape of dragonflies; erected the trellis for the sweet peas which also helps keep the greenhouse in part shade and put the shades on the roof to deflect direct sun - assuming we have some, of course! 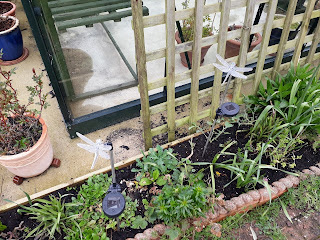 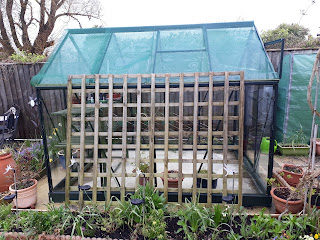 I top-dressed most of the pots and put more bark on top as the birds keep throwing it off - this is the lemon and the olive, after pruning, I took out of the greenhouse 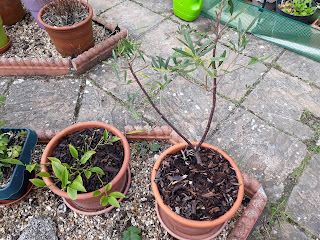 I tidied the gravel bed next to the greenhouse 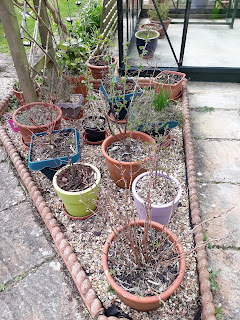 then cracked on and finished weeding and mulching the cottage garden. The sparrows were lined up on the branches of nearby trees watching me as they wanted to get to the bird feeder close by. 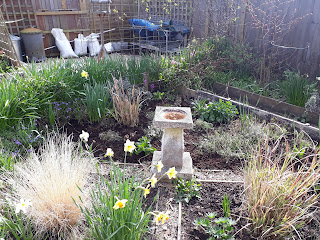 I was searching amongst the clutter in the pottering shed for something and decided that I'm hoarding too much so I had a long awaited clear out - spot the glass of wine! 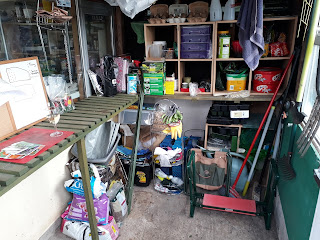 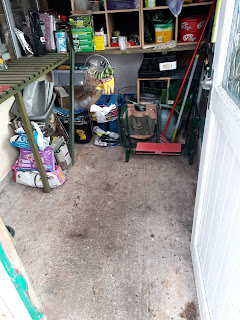 The kale, spinach beet, salad leaves and rocket are coming on, I think I'll leave them in the pots as I will be picking the leaves whilst still young 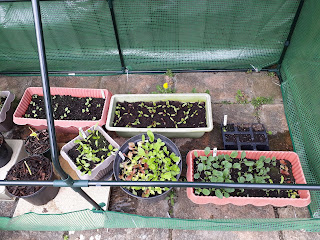 The aubretia is looking stunning bordering the cottage garden 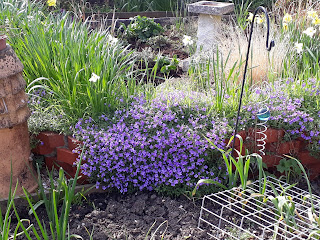 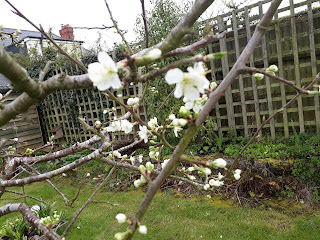 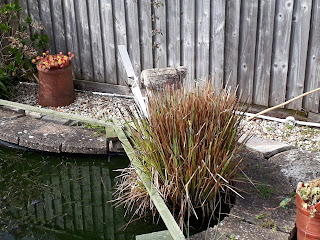 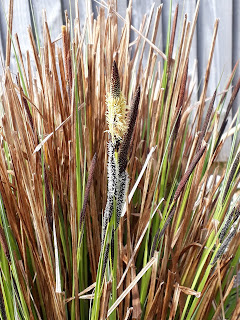 Yesterday we went to the garden centre for bags of peat free compost, extra strength weed killer and seaweed concentrate. But of course, there's no way we were going to come away with just that! 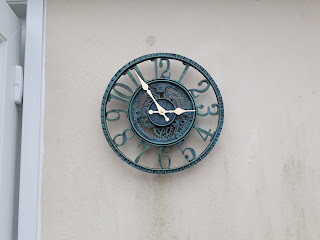 A pagoda half price in the sale (couldn't resist it) 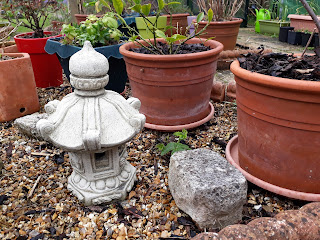 and a small spinner which we've put near the cauldron pond 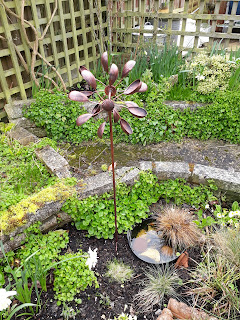 Well that's it for this week. The weather forecast is looking good...sunny spells, milder temperatures and so far no more rain. Have a good gardening week and catch up next Sunday.