It's been a chilly week with daytime temperatures not getting much above freezing. It had been my intention to put in the plants received the other week but the ground has been too hard, plus I didn't want to put them out while the air was raw and frosty.

Monday - I fed the fish as there were a few under the surface but they were slow to feed, probably because of the cold - a bitter east wind today. I came across another burrowed hole, this time in the veg patch. It's no more than an inch in diameter - could be a bee or wasp. 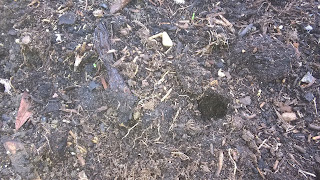 The day ended with a spectacular sunset.

Tuesday - there was a frost overnight. The bird baths were frozen over but not the pond. I didn't feed the fish today but I did feed the birds as there were plenty flitting around including a robin who sat on top of the greenhouse serenading. The ground was too hard to do any gardening but I did a check of the greenhouse plants and all ok. The sunrise and sunset were amazing in the clear sky.

Wednesday - another stunning sunrise which more than compensated for the icy morning, even the pond was frozen over. I carefully poured hot water around the edge to defrost a part of it. I think I mentioned last year that it's not a good idea to break the surface as the sound of the ice cracking could be too much of a shock for the fish. I sprinkled some flour (self-raising) near the lodger's burrow in the cottage garden in the hope that whatever is in there will leave footprints.

Thursday - the frost was so thick this morning it looked like it had been snowing. A mist hung over the water of the RSPB reserve and the sunrise had tinged it orange. The pond was frozen over again and the bird baths were so solid even boiling water wasn't melting the ice. The garden was full of birds as I defrosted the edges of the pond. There were blackbirds, a thrush, sparrows, robins and a blue tit. I put out more seeds for them on the bird table and in the small feeder dishes. I checked the flour (self-raising) and it hadn't been disturbed. Whatever is in there, I can't blame it for not coming out in this cold. At 4pm, the day became dull and dim. When I looked out the window thick fog had descended and I could only just make out the fence at the end of the garden. Half an hour later it had cleared and we had sunshine and clear sky again.

Friday - there was no frost this morning but it was bitterly cold, the kind that gets into your bones. I put a small amount of food in the pond but only a couple of the bigger fish came up to feed. There were no birds in the garden this morning.

Saturday - the indoor freesias are coming along well 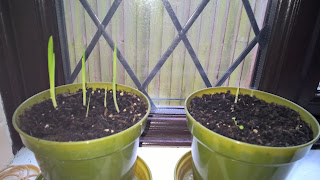 and the greenhouse ones have started to show now 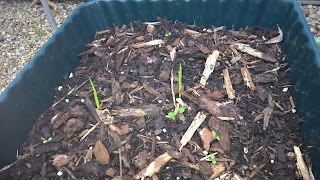 The celeriac leaves look healthy but I don't think the roots have developed, I'll check next week 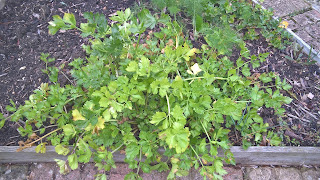 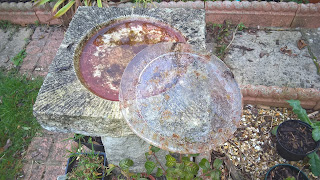 I fed the fish and more came up to eat today. I need to sort out the plant delivery. It's bugging me. The thing is, when I ordered them in September the weather was warm...just the sort of weather you want for gardening. Now it's not. I'll do it tomorrow.

Sunday - sunny, cold and windy and the day to start sorting out the plants. I've moved them out of him indoors' workshop into the greenhouse and I'm going to pot them up over the coming week. I'll keep them in the greenhouse until the weather warms up a bit.

Cornus midwinter fire, the stalks are already beginning to turn red. I haven't decided where it's going to go yet. 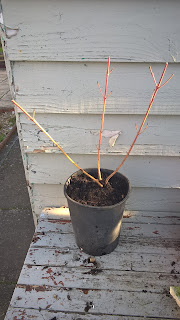 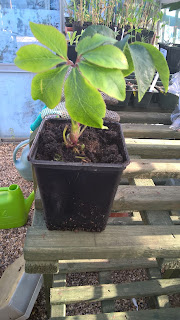 This is gardenia crown jewel and has already developed new leaves, this will be planted in a large pot on the patio 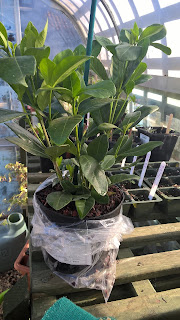 I removed the chilli plants from the greenhouse as they are finished now, there was only one small chilli left on there. There are buds on the lemon verbena cuttings I took - exciting 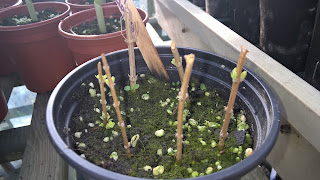 And finally, I just have to say that the bathroom is finished...really pleased with it 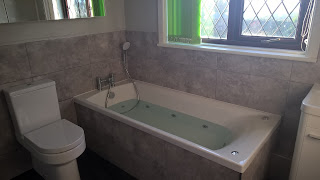 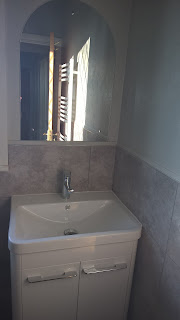 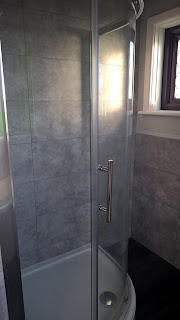 I watched Countryfile for the weather. It's going to be another cold night tonight then warming up as the week goes on, so alas, no excuse for not getting those plants in! Also on the programme was the development of new brassicas, trying to make kale sweeter so more people will eat it. As the reporter said, most people eat it because it's good for us (me included) so it would be nice if it tasted good as well.
My jobs for the coming week include sorting out all the plants and maybe, only maybe, cut down the perennials in the cottage garden. Ah, forgot to mention, a bee flew past me in the garden this afternoon, I thought they had all hibernated in this cold weather. Have a good week and catch up next Sunday.
Regards,
DD
Follow me on Twitter @DaisyDigga﻿