Dorset Garden Diary - Are you SureThis Is June

Well once again we didn't get the forecasted rain but it was enough to fill the water butts and save me having to water the garden for a few days.

Monday - a humid day with gales. One of the ladybird poppies has come into flower (in miniature) 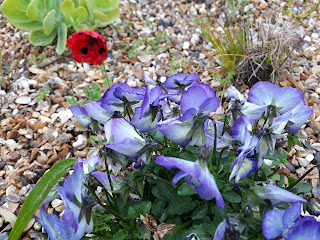 and the sweet peas are putting on a spurt 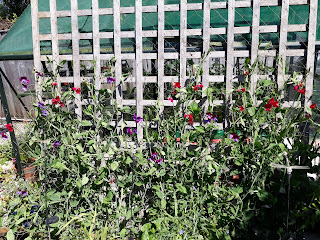 First thing, I planted out parsnip and carrot (amsterdam and large) seedlings before the rain came but I needn't have hurried, it didn't arrive until the evening. The blue tits are back and in and out of the nesting box...one nearly collided with me as I came out of the greenhouse!

Tuesday - well that was a wild night with gales and lashing rain. This morning there was a rainbow stretching across the garden. I was out all day so I checked the garden before I went and when I came home. The patio table and BBQ covers were flapping about so I re-tied them and supported the sweet peas to the netting. The sweet peas in the pot had blown over so I moved it to a more sheltered spot.

Wednesday - another wild day but at least it was sunny. The blue tits were in and out of the nesting box. We still can't work it out, maybe we'll have to rig up a camera for next year...it's on the list! Sparrows and blackbirds were rooting around the garden and in the pots for food and the fish were lurking just beneath the surface waiting for food. I opened the vents in the greenhouse and left the door open halfway, I didn't want to leave it fully open because of the gales. I potted on coriander and lemon basil and put the pots on the kitchen windowsill (otherwise I forget to use them). I planted the remaining tomato and cucumber plants in pots. I've left them in the greenhouse until it warms up a bit and the wind dies down. The greenhouse is filling up 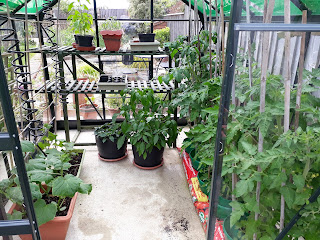 There are flowers on the cucumbers 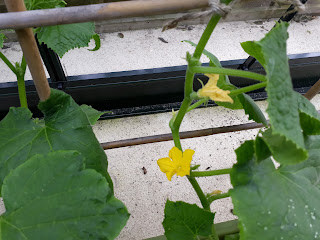 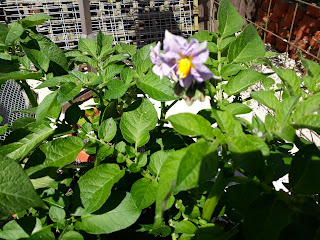 and the runner beans 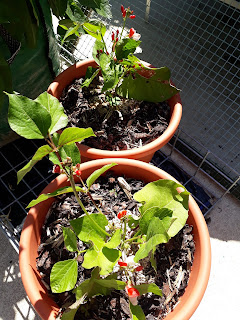 The courgettes are doing well so far and very tasty 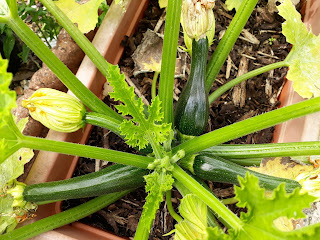 Thursday - heavy rain for part of the day but at least we have been downgraded from gales to very windy! Apart from opening up the greenhouse and feeding the fish I didn't venture out.

Friday - and yet another windy day but with some sun. The wind has dried out the top of the soil and the pots even after all the rain we've had. I picked some of the sweet peas for the kitchen windowsill 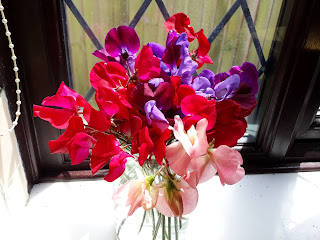 Saturday - still windy, sunny then clouded over. So much for flaming June. I thinned out the tomatoes, planted out the next batch of peas and the cosmos tango I've grown from seed. The soil is like dust. The beetroot have all been eaten by the pesky slugs and snails so I planted the next batch in a trough. I also planted out the spinach seedlings, cut the seed tops off the onions and garlic (I think the garlic are nearly ready to pull up) and some of the onions aren't far off 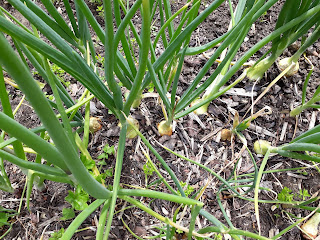 I fed the veg in the greenhouse and pots with liquid seaweed and the fruit bushes with a high nitrogen feed. There's more raspberries this year (the plant is in its second year), I'm just waiting on some sun to ripen them 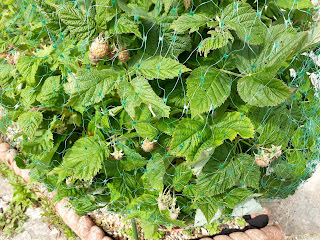 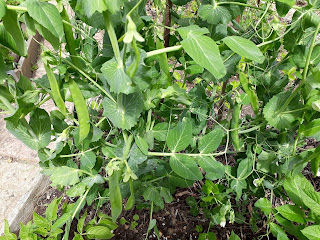 and flowers on the French beans 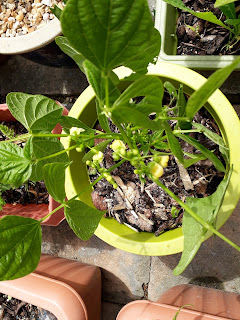 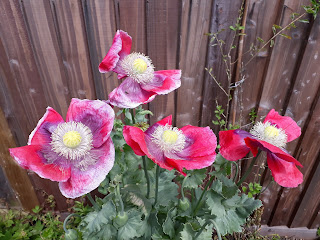 one of the new climbing roses is in flower (looks like a fried egg in this pic!) 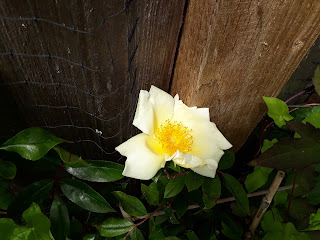 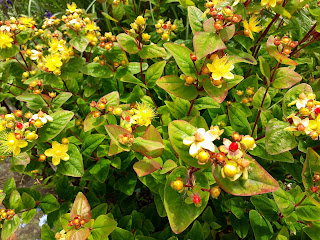 Sunday - sunnyish and cloudyish...needs to get warmer. We had rain overnight (the best time to have it in my opinion) 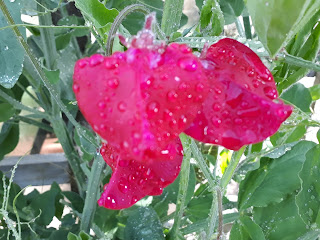 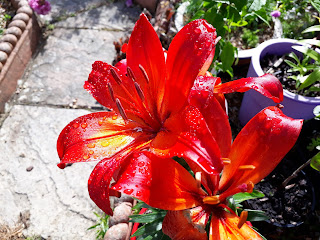 Saw this little fella on one of the charlotte potato leaves 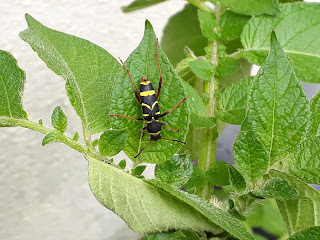 and the boogie woogie hydrangea is slowly coming into flower 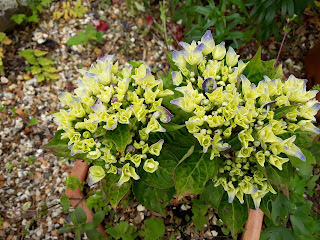 Well that's it for this week. Looking at the weather forecast for next week I think the sun may put in a surprise, prolonged appearance fingers crossed. Enjoy your week and catch up next Sunday.