Summer has officially arrived. Most of the week has been hot and sunny and perfect gardening weather.

Monday - first thing we went to the recycling centre with a boot full of garden rubbish then we came back and pottered. Him indoors mowed the lawn - always looks better after a short back and sides, 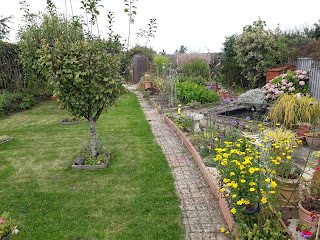 emptied one side of the tumbler composter and I made chilli jam...already tastes delicious, sweet with an after kick to it. 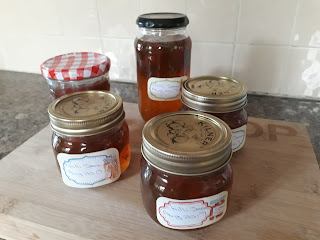 Tuesday, Wednesday and Thursday were non-gardening days apart from picking more tomatoes and carrots. I do like growing carrots - you never know what you're going to pull up. This one came out very fast -  Carrot Bolt 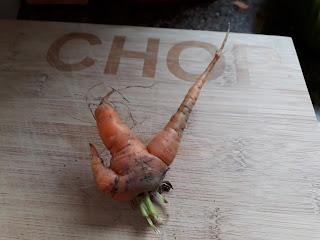 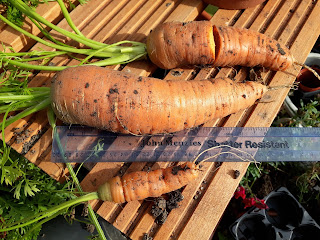 the one at the top broke in half trying to pull it out.

Friday - hot and sunny and set for the whole weekend which is unusual as it's bank holiday! I mixed up the pond clear solution but when I went to pour it in the fish swam towards me expecting food -. they're too well trained. I had to wait until they realised there was no food and went under water so I could put the solution in. It's supposed to be harmless to them but I don't want to put it near them.

Saturday - hot and sunny! I had the pond pump on all afternoon to aerate the water. Some of the fish kept swimming underneath the mini waterfall. I took down the pea frames and emptied the runner bean, French bean and courgettes containers. None of these have been prolific this year, but the French beans were very tasty so I will grow the climbing variety next year instead of runner beans. I picked more tomatoes - don't think they will be lasting much longer and...we finally have another cucumber 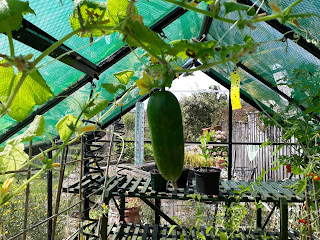 so that's makes four from four plants, not good. They all keep dying off just as they start to grow (middle of pic) 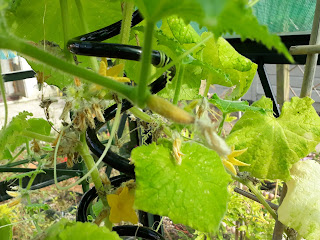 Another failure are the pears, as far as I can see there are only these two and they don't look too healthy. Maybe I over-pruned it last year or it could be the salt air - it has been windier this year. 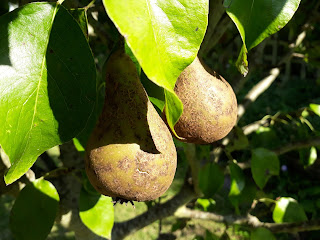 Last job of the day was much needed watering of the pots and the greenhouse.

Sunday - hot and sunny! Applied weedkiller to the pesky weeds that appear to spring up overnight and deadheaded some of the perennials. I filled the bird bath last night and this morning there were dozens of sparrows clambering to have a good soak. I picked radishes for lunch, these are icicle long white and I will definitely be growing them again, they're delicious 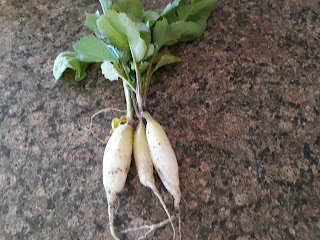 There was a small amount of duckweed in the cauldron pond which I cleared out. The water is still clear from the dose of pond clear earlier in the year. 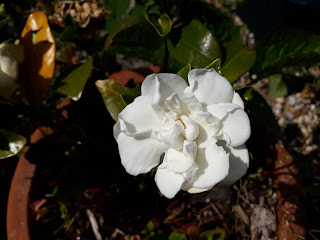 the alstroemeria is having a new lease of life 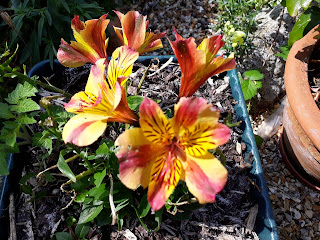 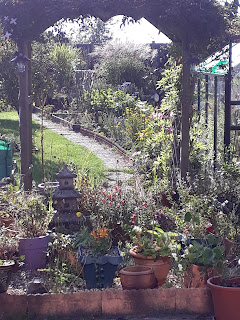 and, I know I shouldn't have favourites but... 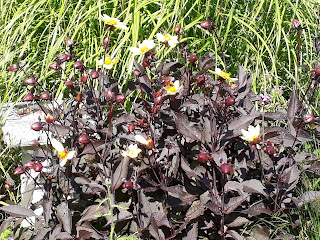 this is one of them 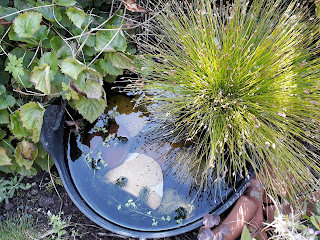 And whilst taking the above pic, I noticed how beautiful this fern looks from underneath 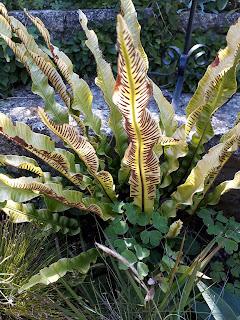 Well that's it for this week. Watched Gardeners' World and no jobs for me this week and just watched Countryfile...tomorrow is another scorcher then it starts to get cooler but no sign of rain. Just as well it's not the beginning of the growing season and everything needs watering regularly. Have a good week and catch up next Sunday.
Regards,
DD
Follow me on Twitter @DaisyDigga﻿
﻿
﻿
﻿
Posted by Daisy Digga at 19:53