It's been a mixed couple of weeks with cloudy days, foggy nights and not enough rain to wet a leaf. We've only had 2% of our rainfall for June and there's none forecast in the foreseeable future. The pond level is dropping and needs topping up regularly but I have to do it in stages because it's tap water as all the water butts are empty and the veg is at the stage where it's need water and lots of it. We are on a water meter so I'm saving all the cold water that runs before the hot kicks in which is enough for the cucumbers, tomatoes, chillies and courgettes and the rest is the hosepipe.

But it's all looking good, the garden has filled out with greenery and flowers. This gorgeous poppy was grown from seed 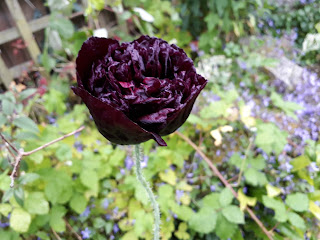 one of the climbing roses has spread across the back fence﻿ 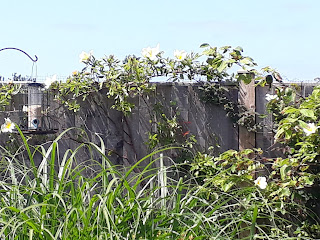 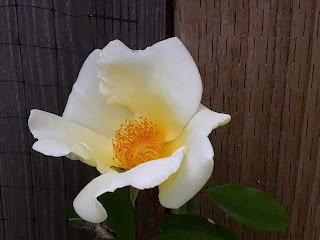 Looks like it's going to be a good year for plums, we hardly had any last year 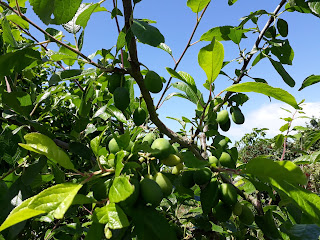 One of the lilies is doing well, still waiting for the others to bloom﻿ 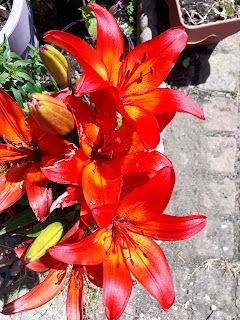 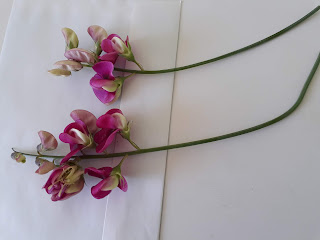 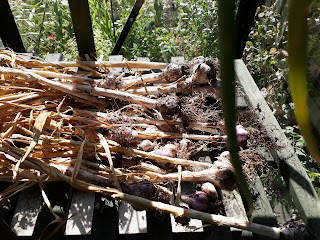 and the onions and shallots I've left on the veg bed 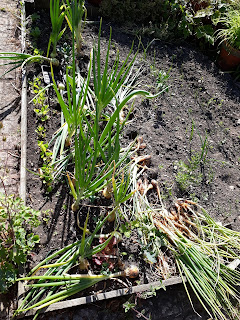 Thankfully some of the runner beans have survived the slugs 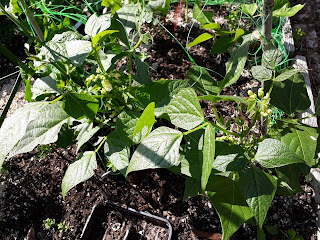 The spuds pentland javelin and maris piper are in flower 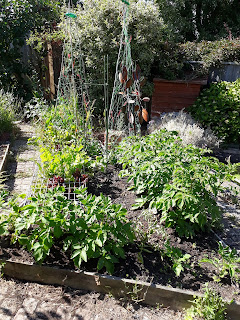 as are the charlottes' which look nearly ready 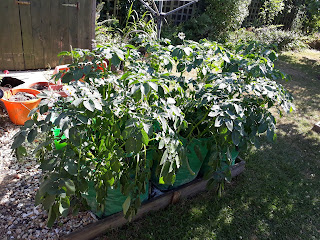 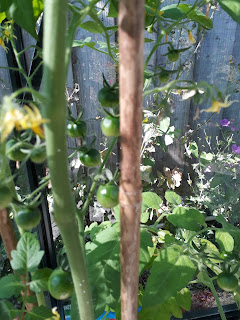 and, thankfully, cucumbers - I had a lot of problems with them last year 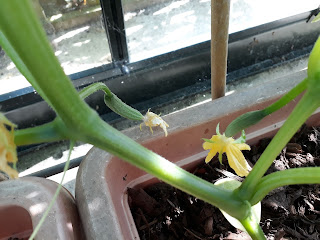 first of the baby beets 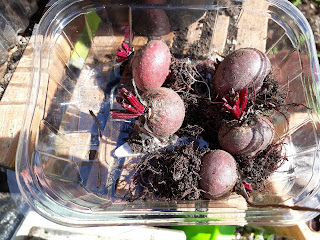 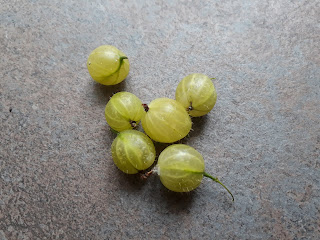 It's been very hot today with high humidity and the temperature in the greenhouse has been rising to mid 90'sF low 30'sC all week. I tidied up one of the patio gravel beds this morning 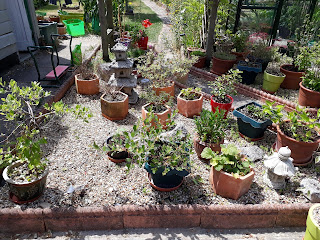 and pruned back one of the azaleas as it didn't look very happy. I have a few things to pot on during the week. One thing I'm very pleased with...I've been mentioning the squirrel burying walnuts all over the garden, well I found three and they looked like they were sprouting so I potted them up and look...we have the beginnings of a walnut tree! Thank you Mr or Mrs Squirrel. 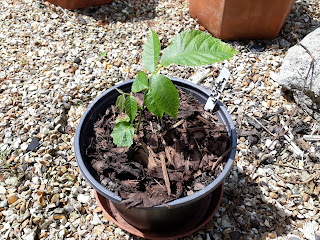 The fish are becoming more alert and surface every time I walk near the pond in anticipation of being fed. There are some small black ones which are this year's fishlings. And we have miniature frogs. They are smaller than the black tadpoles lurking in the oxygenating weed 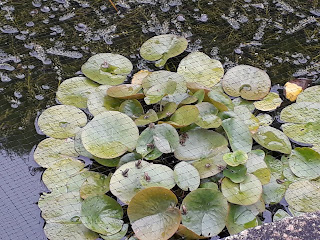 some of them are not much bigger than my little fingernail. They are soooo cute and perfectly formed.
Well it's going to be a hot one this week with temperatures soaring, I guess I'll be doing a lot of watering - I can't lose any crops now. Have a good gardening week and catch up next Sunday.