It's been a strange week with fog at night and a mixture of rain and sun during the day. It was so foggy Wednesday evening I couldn't see the houses opposite.

The garden is looking full and colourful after the rain we've had but it still needed watering again today. Unfortunately, I haven't been able to get out there as much as I would like and the weeds have taken hold so I'm going to have to get stuck into that next week.

On Wednesday I staked the tomatoes in the greenhouse 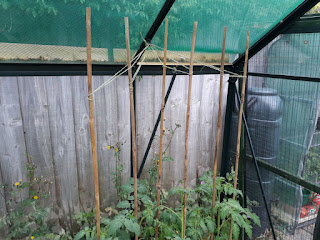 and this was taken today - look how much they've grown 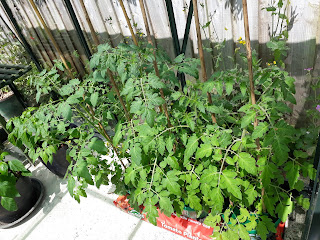 they're doing better than the plants outside 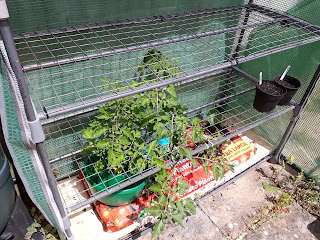 I fed the veg, raspberries, blackcurrants, courgettes and the olive tree with seaweed fertiliser. I was going to feed the dwarf runner bean but the slugs have got to it so I still only have two bean plants that have survived. The ones I put in the conservatory to grow have sprouted 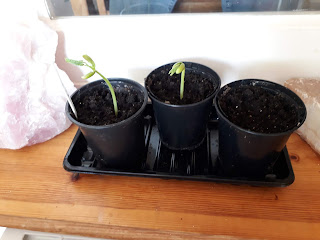 so I'll keep them away from the slugs for as long as I can.

Today I put in the pond clear. It does help to keep the blanket weed down but because the pond is in direct sun for most of the day the water is never really clear. It won't be long before the tadpoles are frogs.

The courgettes are doing well, hopefully this could be the year I am successful with them as I usually only get a couple from each plant then it dies 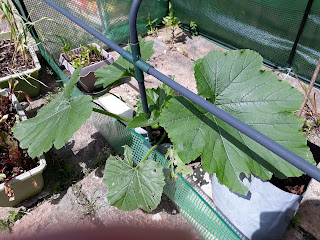 The cucumbers are thriving 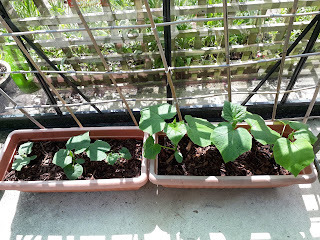 I've planted marigolds in with the tomatoes, courgettes, beans, lettuces and peas to hopefully detract the slugs from the veg and also to deter the green and black fly.

I earthed up the pentland javelin spuds 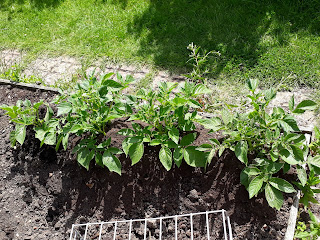 and the maris pipers 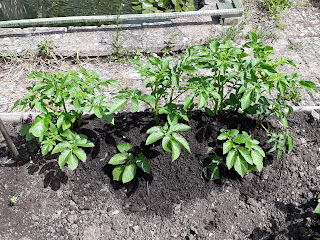 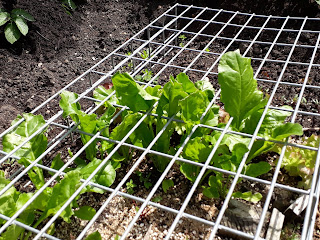 The carrots, spring onions, beetroot and radishes are coming along, albeit slowly.

Nothing new on the flower front apart from an explosion of nigella everywhere which is delicate and pretty (note tip of right foot in foreground!) 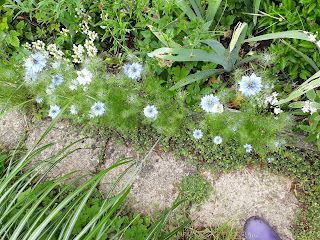 I picked the first of the sweet peas 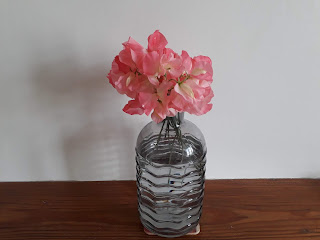 and next door's rambling rose has appeared over the fence 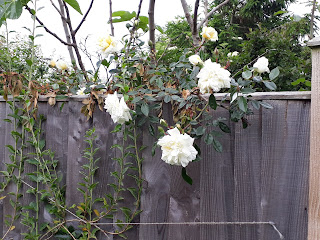 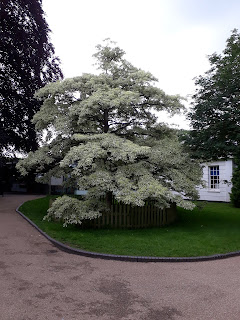 Well, that's it for this week, I'll be back in a couple of weeks and it'll be interesting to see how much the garden has grown.