It appears that once again the garden hasn't missed me but more surprisingly, neither have the cucumbers, chillies and tomatoes in the greenhouse. I gave them all a good water before we went, stripped off most of the leaves and left a bowl of water in the greenhouse to keep it humid. One cucumber is growing and there are more in flower 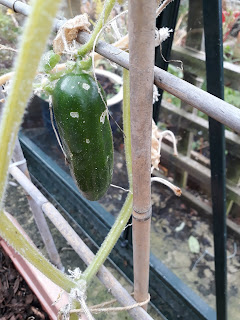 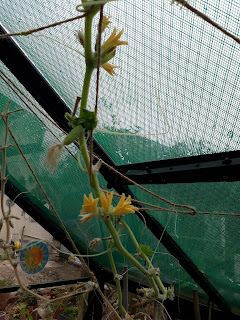 I picked all the chillies before we went away 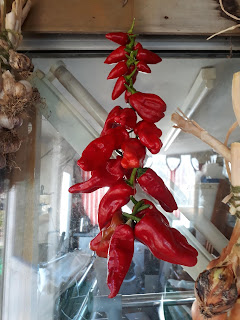 and these have grown since 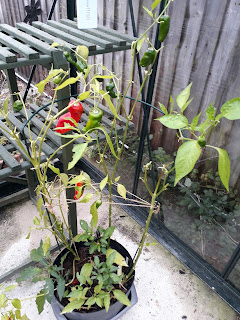 and the tomatoes just keep on coming 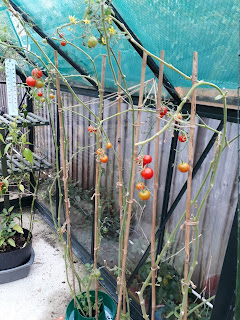 The outside tomatoes have rallied as well despite the cool temperatures 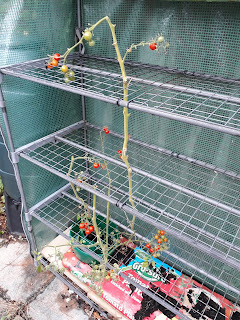 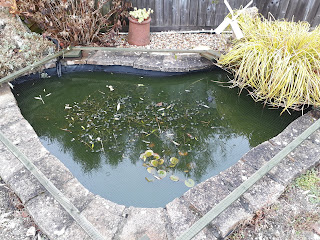 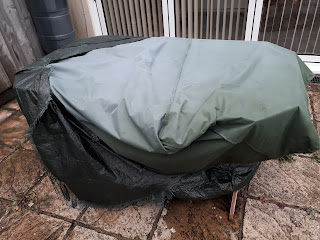 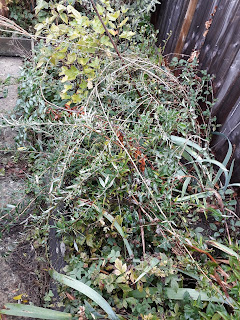 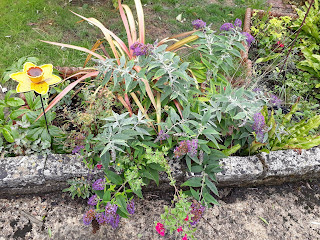 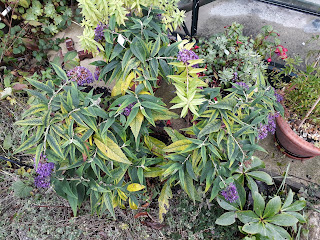 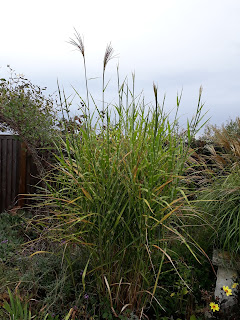 the daphne has come into flower 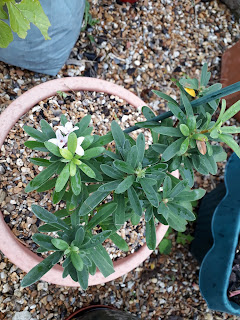 and there are plenty of buds on the lemon tree 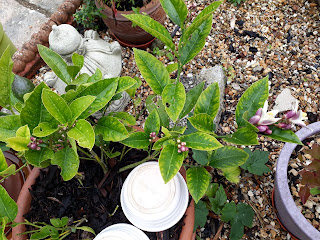 and despite nearly being blown down the sunflowers are persisting 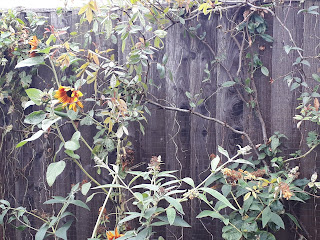 I have been worried about the bird of paradise plant I'd bought a couple of weeks before we went away as I didn't want to lose it, but it appears to have survived and is looking healthy 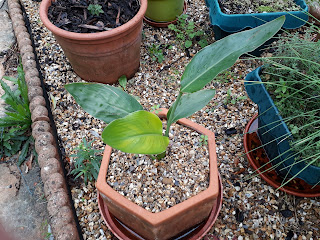 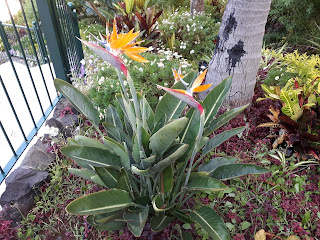 Although it's been chilly this weekend, apart from a couple of cold nights at the beginning of the week the temperature is going to rise again and it looks like we're in for a warm and sunny week - that'll make the weeds grow!